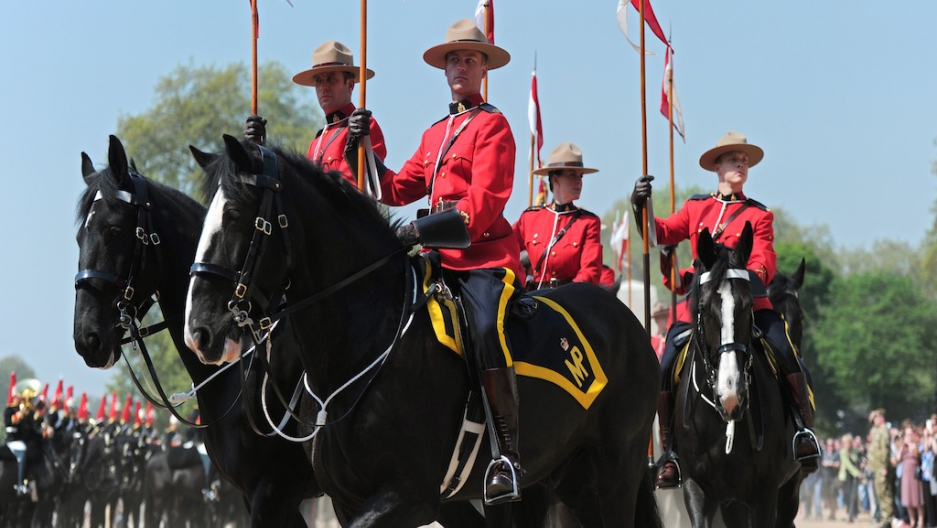 The Royal Canadian Mounted Police has failed to protect First Nations women and girls from violence, and have even physically and sexually abused them, Human Rights Watch said in a report released this week.
Credit: CARL COURT
Share

(This article references a report and the details therein that are at times gruesome and we should note here that its contents could trigger victims of rape or sexual assault.)

Human Rights Watch released a report on Wednesday detailing the Royal Canadian Mounted Police's involvement in a number of cases of rape and abuse of indigenous women and girls, mostly in British Columbia.

The 89-page report, titled “Those Who Take Us Away: Abusive Policing and Failures in Protection of Indigenous Women and Girls in Northern British Columbia, Canada,” elaborates on systemic abuse faced by many indigenous women and girls. [PDF]

The RCMP have a history of abuse and discrimination against Canada's native population, according to the report. Through interviews with victims and witnesses, HRW compiled compelling evidence that officers repeatedly punched handcuffed 17-year-old girls, have abducted and raped young native women for decades, and use discriminatory practices in investigating missing women and imprisoning intoxicated youths.

HRW decided to investigate after hearing reports of numerous missing and murdered First Nations women along British Columbia's Highway 16, known locally as the "Highway of Tears." Police have given investigative priority to missing Caucasian women, despite the numbers showing that the majority of women who are attacked there are native. Native women report police often not investigating missing persons cases for months.

More from GlobalPost: Where are Canada's missing women?

The First Nations are the assorted tribes of Aboriginal peoples of North America, of which there are hundreds. They have distinct ethnicities and cultures from each other, similar to the Native Americans of the United States, but they have mostly all been victims of a culture of prejudice, if not outright disdain, by Canadians and specifically the Harper government.

"Indigenous women and girls told Human Rights Watch that the RCMP has failed to protect them," said Human Rights Watch in a release Wednesday. "They also described instances of abusive policing, including excessive use of force against girls, strip searches of women by male officers, and physical and sexual abuse. One woman said that in July, four police officers took her to a remote location, raped her, and threatened to kill her if she told anyone."

Besides the alleged rape by officers of indigenous women that have taken place since the late 1960s, police have been violent with young teenagers, including beating them with batons and fists, allowing a 12-year-old to be mauled by a police dog, pepper spraying another 12-year-old and using tasers.

HRW has recommended the Canadian government set up an independent commission to investigate the allegations, as well as a national action plan to address violence against women.

“There are some very serious allegations, clearly, brought forth in that report,” RCMP Chief Superintendent Janice Armstrong told reporters at a press conference Wednesday after announcing a meeting of top brass to take place Friday.

However, Armstrong insisted that the anonymous nature of the accusations in the report made it difficult to investigate the claims.

“It is impossible to deal with such public and serious complaints when we have no method to determine who the victims or the accused are,” Armstrong said, adding that complaints can be made against police without fear of retribution, reported the Ottawa Citizen.

But it's the retribution exactly that the First Nations women fear – after decades of abuse and violence by police in First Nations communities, with a lot of animosity stemming from the controversial residential school system and threats from officers, the women don't feel safe coming forward.

The HRW report is only the latest in news about the First Nations, or Canadian indigenous peoples, and increasing conflict with the Canadian government that has escalated recently.

The allegations against the police come on the backdrop of the Idle No More movement, and it's become clear that the Harper government needs to reform relations with indigenous peoples in Canada.

Idle No More has become the banner movement for First Nations rights in Canada, and encompassed protests include those against shale gas pipelines, water rights, and federal bills that if passed, leaders say would affect the national sovereignty of many First Nations tribes.

But marching through the streets of Vancouver can only do so much to help the situation – the HRW report shows that indigenous women and girls have almost no access at all to lifelines or help when it comes to violence against them:

"Domestic violence survivors and community organizations in northern British Columbia reported to Human Rights Watch that calls to the police by indigenous women and girls seeking help with violence are frequently met with skepticism and victim-blaming questions and comments, and that police often arrest victims of abuse for actions taken in self-defense."

A number of stories echo these accusations, and indigenous women simply don't know where to turn for help, feeling as though the RCMP and the government have abandoned them.

"What would they do to me if I need to call the cops? Police officers – you’re supposed to look up to them. I needed help and they didn’t help me. We’ve been having gang people come to our house. Who do we call? It’s just pretty sad. We’ve got nobody to go to for help," said Sophie, who told HRW researchers that she was assaulted by police when he responded to a domestic disturbance call.

Meanwhile, Prime Minister Stephen Harper brushed the allegations aside and said at a press conference Wednesday that victims should just "get on" and report the abuse, to the severe indignation of Human Rights Watch, Idle No More supporters, and First Nations allies, according to Global News.