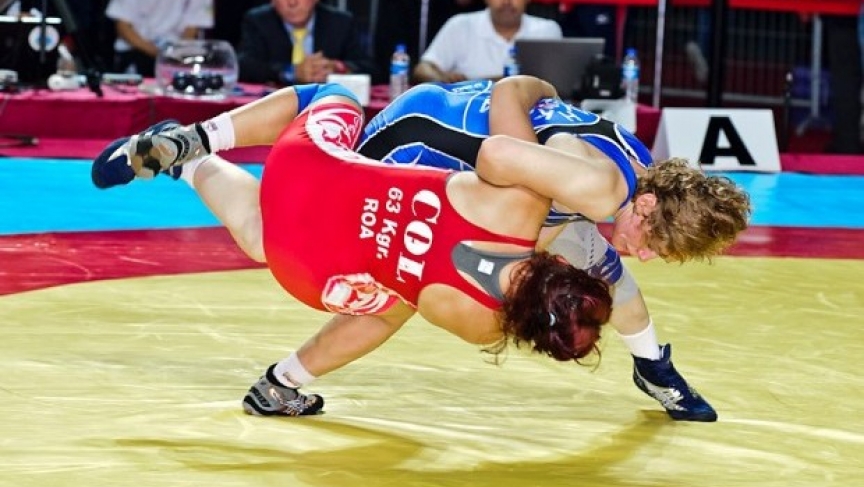 Some of the largest coal reserves on the planet are in Russia.

In southwestern Siberia, there's a vast coal-mining area known as the Kuzbass region.

There's a heavy industrial city in the heart of this coal rich region, and that's the city we want you to name. Its huge iron and steel plants dominate the urban landscape.

The city's formidable ice hockey team competes in Russia's Kontinental League. And its rugby team is among the best teams in the country as well.

Final sports clue: This Russian city is the birthplace of a top female wrestler who's on the US Olympic team.

"I was born in Russia," Olympic athlete Elena Pirozhkova says. "I moved to the USA and wrestling and the US gave me this opportunity to really do something with my life and do something special.'

Can you name the Russian Siberian city?

The International Olympic Committee dropped a bombshell this week.

You've heard about it right?

It decided to cut wrestling from the program for the 2020 Summer Games.

Elena Pirozhkova says at first she thought the news was a bad rumor.

Then the shock set in. She's a top member of the US Olympic wrestling team in the 63 kg category – about 138 pounds.

Pirozhkova is from the Siberian city of Novokuznetsk, Russia, the answer to the Geo Quiz. She tells The World that wrestlers in the US and worldwide are rallying to save Olympic wrestling.