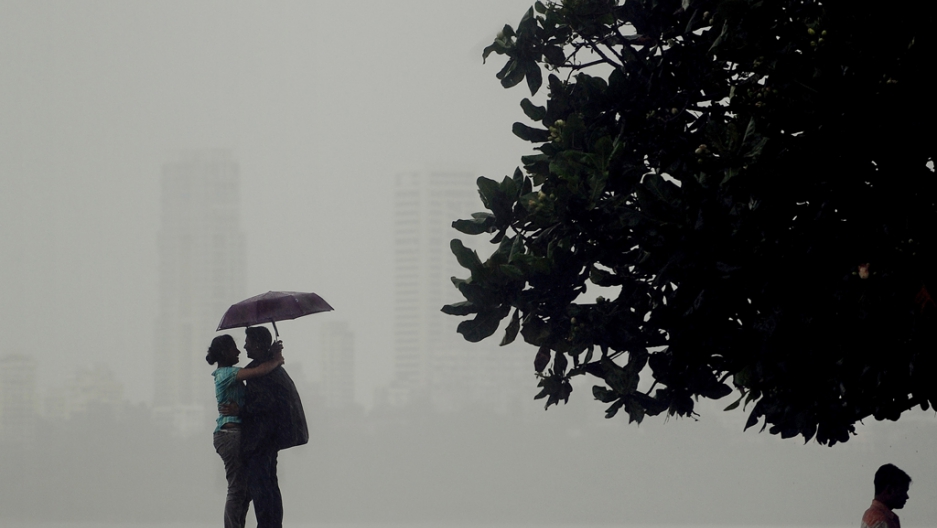 NEW DELHI, India — Forbidden love is blooming in India. But so is war. And the “Love Commandos” are fighting on the front lines.

“Today, on our heads there is a bounty of around 20 lakh rupees [$40,000] from different khap panchayats,” said Love Commandos' founder Sanjoy Sachdeva, referring to the illegal village councils that are notorious for sanctioning the so-called “honor killings” of young couples who violate social taboos to marry across caste lines.

He's not exaggerating. Young Indians are fast adopting Western lifestyles. But as the parallel forces of affirmative action and women's empowerment increasingly bring young people from different castes and religious backgrounds together in colleges and call centers, defying the country's centuries-old tradition of arranged marriages can get you tortured, arrested, or even killed.

Official statistics aren't available. But Shakti Vahini, a non-profit, documented 560 such cases across India between 2007 and 2010. And other experts have estimated that at least 1,000 honor killings take place in India every year.

Started in 2010, the Love Commandos rescue and shelter young couples who face threats from their families because they've chosen to defy barriers of caste and religion for the sake of love.

Operating a help line, secret shelters, and a kind of underground railroad for India's Romeos and Juliets, the Love Commandos rescue and protect couples from their parents, the police and, all too often, the courts — as filing false cases of kidnapping and abduction and even rape is one of the angry parents' first responses to forbidden love.

Take 28-year-old Rahul Acharya and 23-year-old Puja Singh — a couple opposed by their parents because Acharya belongs to the priestly Brahmin caste and Singh the warrior Rajput caste.

After meeting Singh at a wedding in Kolkata, where her family lives, Acharya returned to his life in Mumbai. But the couple maintained a long-distance love affair in secret, on Facebook and their cellphones.

When Rahul eventually proposed, however, Singh's parents took away her phone, banned her from the computer, and put her under house arrest. For six months, with the help of another cellphone smuggled to Singh by a friend, the couple planned their escape.

But the family never let Singh out of the house alone. Finally, when she took her younger brother to his after-school tutor, she saw her chance. As soon as the boy was inside studying, she called Acharya and the two of them hopped on a plane to New Delhi — where Sachdeva's Love Commandos immediately secreted them away in one of the outfit's seven shelters.

Singh's father, an important businessman in Kolkata, immediately filed charges of kidnapping and abduction, and soon flew to Mumbai with the Kolkata police to visit the bank where Acharya was working. All they knew was that he'd taken his vacation days.

But the visit soured them on their romantic employee — even if the three months he's spent in hiding in Delhi might not have. And his job prospects will no doubt dim somewhat without the network of family connections that usually help middle-class Indians get ahead.

“We got married on Nov. 26 and sent an intimation to the police and our parents that if any cases are there against us, they are to be closed,” said Acharya. “But the [charges] are still there.”

“I will try to convince the rest of my family to accept him,” said Singh. “But my father will never come around.”

Married life so far has been tough. The shelter where Acharya and Singh have spent their honeymoon is little more than a concrete cell atop the Love Commandos' headquarters in a crowded Delhi slum. They have no income, and no money to spend, and even if they did, they're not allowed to leave the shelter unescorted — for fear that Singh may be snatched back by someone hired by her father or that Acharya may be nabbed by the police for the kidnapping case against him.

“It's just like a prison,” said Acharya. “The only difference is that it's for our security.”

Not every Romeo is so lucky. Or so courageous. Consider a story from the city of Agra, Uttar Pradesh — home to the Taj Mahal, sometimes called the world's greatest monument to love.

When another young woman staying at the Love Commandos shelter, 23-year-old Archana, fell in love with a young man from a lower caste, her mother and four brothers allegedly tied her to the bed and beat her with a curtain rod until it broke — then folded the two pieces in half and beat her some more.

They then kept her prisoner from March to September 2012, she claims, bribing police sent to investigate a claim that her boyfriend lodged with the National Commission for Women (NCW) to file a report that she was living happily with her brothers.

By that time, sadly, her Romeo had given up.

“On Nov. 28, I took all my school certificates and my ID proof and ran away,” Archana said.

“I called him as soon as I could, and he said he would take care of everything, and asked me to meet him at the bus stop. But when I got off the bus, my uncle and my brothers were standing there with him waiting for me, because he had called them.”

Tied to the bed and tortured once more, Archana plotted another attempt.

“I thought, 'Now they already made a fake police report, they don't let me out of the house, they keep beating me, someday they may do something really wrong [a euphemism for rape]. If I can get just one chance to escape, even if I die trying, I have to get out of here.”

Finally, she sustained injuries from her daily beatings that were serious enough that she was able to convince her mother to take her to the hospital — where she walked in the front door and out the back.

Then she called the Love Commandos, whose local Agra network spirited her to New Delhi, where she and Sachdeva are pursuing her case with the NCW.

“If they ever find me, they won't ask why I ran away a second time,” said Archana, who claims that one of her brothers has powerful police connections. “They will kill me. They can pay someone any amount to have me killed.”