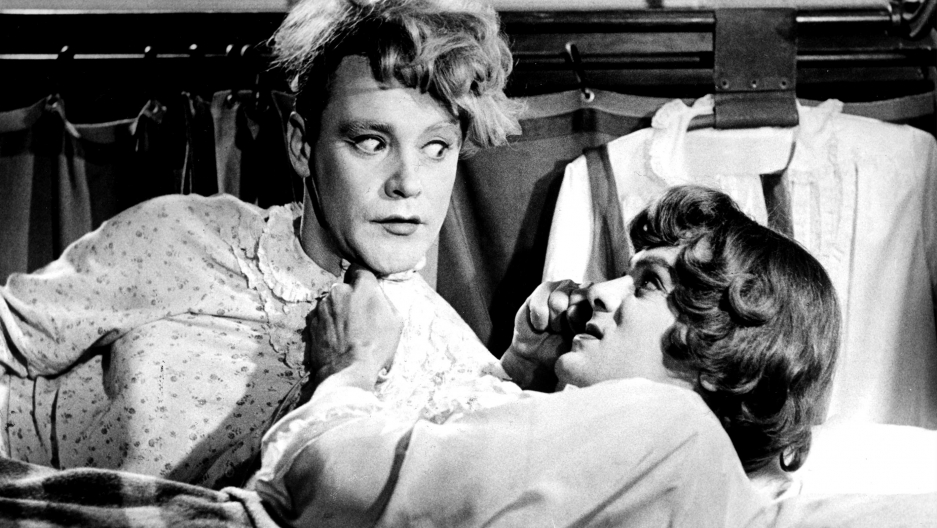 BERLIN, Germany — Two months after Adolf Hitler’s appointment as German chancellor in 1933, Jews working in Germany’s groundbreaking film industry were warned there would be no place for them under the new Nazi regime.

“We will not even remotely tolerate that those ideas, which Germany has eradicated at the root, are able to make their way either openly or surreptitiously back into film,” Propaganda Minister Joseph Goebbels announced that March. The powerful UFA studio canceled contracts for most Jews working there the following day.

Thus began the greatest rupture in German film history, marking the end of the golden age for Weimar cinema. Soon not only Jews, but left-wingers began fleeing the country, followed by others who saw no place for themselves in what would become the Third Reich’s propaganda machine.

Their departure would help transform another film industry: Hollywood. Of the some 2,000 movie professionals who left Germany in the 1930s, most ended up in California, where the techniques they pioneered back home would have a lasting impact on American film.

This week, the Berlin International Film Festival is honoring them in a retrospective called “The Weimar Touch.” More than 30 films dating from 1933 to 1959 are being shown in a program co-curated by the Deutsche Kinemathek film archive and New York’s Museum of Modern Art.

The selection explores not only films made by those immigrants after they left Germany, but also their influence on international cinema in general, from their experimental sets and lighting techniques to the way they viewed the world.

“Weimar cinema paid attention not only to the surface but the deep currents beneath,” retrospective director Rainer Rother said in an interview. “It was a cinema more of doubt than of self-assuredness, very open to nuances and ambiguities.”

Film was one of many arts that flourished under Weimar Germany, a period of nascent democracy and great instability between the end of the World War I and the Nazi rise to power. The political and economic uncertainty somehow translated into a great burst of creative energy that’s rarely been matched.

Although experimental works such as “Dr Caligari,” “Nosferatu” and “Metropolis” may be the first to spring to mind on mention of Weimar, Germany also boasted a vibrant commercial film industry that turned out comedies, musicals and other popular entertainment for the home market and international distribution.

But German cinema’s most creative and productive period ended with the exodus that began in 1933. Fritz Lang, Billy Wilder, Peter Lorre, Douglas Sirk, Max Ophüls, Robert Siodmak and Max Reinhardt were just some of the actors, directors and others to leave.

In July 1933, the legendary American producer Samuel Goldwyn telegrammed reporters to announce Hollywood would welcome Germany’s filmmakers who “because of their Jewish heritage, are being deprived of the means of livelihood and an outlet for their talent. We not only invite them here, but what is more important, we need them.”

US immigration rules didn’t make the passage easy, however. Hollywood insiders such as Marlene Dietrich, Ernst Lubitsch and agent Paul Kohner played a crucial role by helping some of the new arrivals land jobs that would enable them to acquire visas.

While many made their way straight to the West Coast, others tried to stay in Europe. The retrospective includes some of their films, made in countries such as France, Hungary and Britain, where screenwriter-director Emeric Pressburger became a vital part of post-war film.

However, more than half the Berlinale retrospective’s program is devoted to Hollywood, the only truly safe harbor after the invasion of Poland in 1939 launched Hitler’s march across Europe.

“Casablanca” — perhaps the most famous of all exile dramas — was introduced by Isabella Rossellini, daughter of its star Ingrid Bergman. Many of the cast members knew all too well about the desperation to escape the Nazi threat.

However, getting to Hollywood was only part of the battle for many European exiles who found the going difficult. Writers and actors often struggled with language difficulties, and it was only after the United States entered the war in 1941 that big acting opportunities opened up for those with German accents because the big studios began churning out anti-Nazi movies. It was ironic that many Jewish actors found work portraying the Nazis they had fled.

The monocle-wearing, autocratic Lang achieved immense success, making 22 American films. The retrospective is showing his first, “Fury,” about an innocent man chased by a lynch mob who then seeks revenge — which can be seen as a critique of fascism back home — together with the overtly anti-Nazi “Hangmen Also Die!”

However, the festival is as much about how the new immigrants influenced cinema in their new homes, especially the genre that later became venerated as film noir. Its pulp stories of conflicted men and femme fatales, often shot in the kind of deeply contrasted lighting and exploring at the dark side of human nature, owed a huge debt to German Expressionist film.

The retrospective includes works such as Arthur Ripley’s “The Chase” and Orson Welles’ 1958 “Touch of Evil,” regarded as the last true film noir, which appropriately stars the German Marlene Dietrich.

There were other Weimar influences beyond noir — in comedies, musicals and melodramas such as John Ford’s “How Green Was My Valley.” That film shows the debt Ford admitted he owed to F.W. Murnau, director of Weimar classics such as “Nosferatu,” “Faust” and “The Last Laugh.”

Murnau made the move to Hollywood in the 1920s and worked alongside Ford at Fox Studios. His particular use of lighting and shadows to tell stories, such as in his American silent classic “Sunrise,” had a major impact on Ford.

The series concludes with Billy Wilder’s 1959 comedy “Some Like it Hot.” Wilder, who arrived in the States with barely any English, staged a meteoric rise as a writer and director, from noir features such as “Double Indemnity” to often acerbic comedies like the Oscar-winning “The Apartment,” which drew on his jaundiced view of human nature.

More from GlobalPost: Is it finally ‘Over over there?’

“Some Like it Hot,” a tale of two musicians dressed in drag and on the run from the mob in 1920s Florida, contains many Weimar elements, says Lawrence Kardish, former senior film curator at MoMA, who helped draft the retrospective’s program.

“It’s a great Weimar film in terms of its humor, its cynicism, its violence and gender roles,” he told a panel discussion in Berlin.

Even as the immigrant filmmakers explored American society and contributed to Hollywood’s own golden age, however, they never abandoned their peculiar Berlin-influenced view of the world.

“They were the products of the Weimar Republic,” Rother says. “Of course they had to deal with new conditions and ways of making film, but they carried this culture within them.”