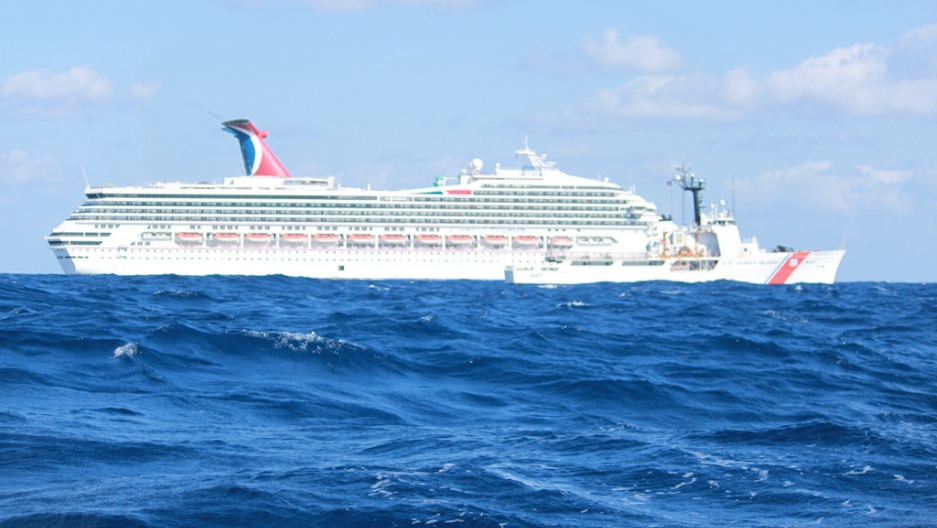 The saga continues for some 4,200 hungry passengers and crew members stranded on board the Carnival Cruise Line ship Triumph.

On Sunday, a fire set the ship adrift and left it without power during its Caribbean cruise, the New York Times said.

Since then, the ship was been plagued by a myriad of problems including a break down of its sewage facilities, and a lack of food for passengers as it is being slowly towed to port from the Gulf of Mexico, CNN reported.

The ship was due to arrive in Mobile, Alabama on Thursday afternoon but reports now say the ship will not dock until the evening, assuming there are no further problems, the Times said.

Passengers told CNN sewage is running down the ship's interior. Darryl Malone said "it sounded like it was raining."

Making matters worse, a line between the tugboat and the cruise ship broke Thursday afternoon, further delaying their arrival.

The Associated Press posted this video from passenger Sharon Tatyrek, who filmed the smoke rising from the ship when a fire broke out in the engine room: