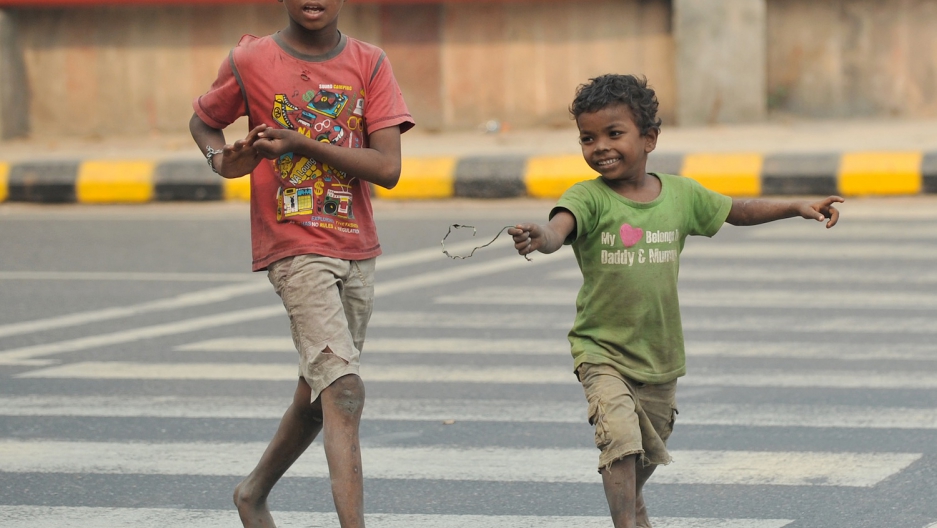 The Globe and Mail's Stephanie Nolen reports that India's savvy street kids have taken to Facebook to make new friends -- and new identities.

Yep. It sounds like a scam. But it's not. These are ambitious young homeless kids with big dreams. And they're practicing on Facebook. Here's Nolen:

They use the site to record the life they have now – parties at the shelter, goofy poses with friends.

But they also use it as a sort of practise ground, to try on the life they are determined to have one day.

Taking advantage of computer classes at New Delhi's Ummeed Aman Ghar (House of Hope) homeless shelter, young boys have developed Facebook identities such as the one invented by "Raju Shaikh" -- who studies software engineering at NYU, once worked at ESPN, and loves living in New York.

Except he doesn't. He lives in a Delhi slum.

“The first account bored me – it was my friends from here and I already knew what they were doing,” Shaikh told Nolen. “So I started the new one so I can improve my English and make new friends and one day have someone to visit in the U.S.”

Unwittingly, perhaps, the street kids are mimicking the alter egos developed at India's famous call centers -- though the BPOs stopped at actually developing college careers and US residences for their employees.

The boys do most of their surfing at an Internet cafe a 15-minute walk from the home, a hole-in-the-wall establishment tucked beside a Chinese-food stall and a Hindu temple, with a dozen desktop computers crammed in front of plastic chairs. Surfing costs 10 rupees, or 20 cents, a half hour. The boys wangle computer time by offering to do clerical work for shelter staff, which they speed through, and then spending the rest of their purchased time surfing.

Although Facebook has a Hindi-language interface, and their English is shaky, they do their posting in English or in “Hinglish” – a mix of Hindi and English, most of the Hindi transliterated into Roman characters. This is the vernacular of aspiration in India today.

And like almost anyone else on Facebook, the life they present there is a largely happy one: They post pictures from parties at the shelter, pictures from group outings, pictures where their arms are slung over the shoulders of their friends. There has been much in their lives that was dark, but the dark doesn’t make it on to Facebook.

Here's hoping some of these guys can make their real lives look more like their virtual ones.