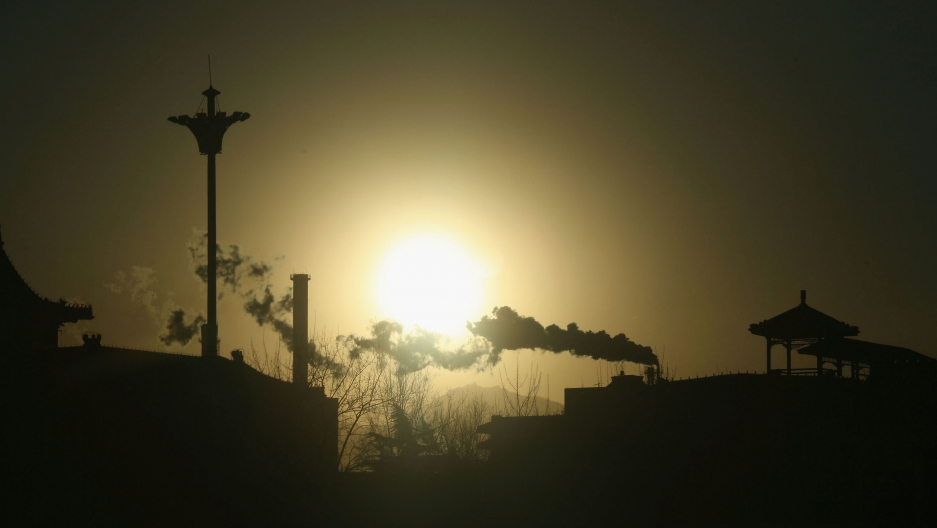 Chimneys belch out smoke at the Beijing Capital Steel Plant , which has long been blamed as Beijing's worst polluter, on January 31, 2007 in western suburbs of the Chinese capital.
Credit: Andrew Wong
Share

Beijing may have yet another reason to worry about its record-high air pollution.

A new study, published last week by Environmental Health Perspectives, found that exposure to high levels of polluted air increases a woman's chance of giving birth to an underweight baby.

Called "Particulate Air Pollution and Fetal Growth," the UC Berkley-led study looked at the influence of air pollution on over 3 million infants born in nine different countries between the late 1990s and mid-2000s, according to the Daily Californian.

The cities with the highest levels of air pollution in the study were Seoul and Sao Paolo; the lowest was Vancouver, according to the Daily Californian.

“What makes the study unique is that the bulk of (air pollution) studies are on cardiovascular disease,” said Rachel Morello-Frosch, a study co-author and UC Berkeley professor. “Only recently have we started to look at birth outcomes."

"Mothers are a unique population that need to be taken into consideration," she added.

Yet another reason to speed up action against pollution.