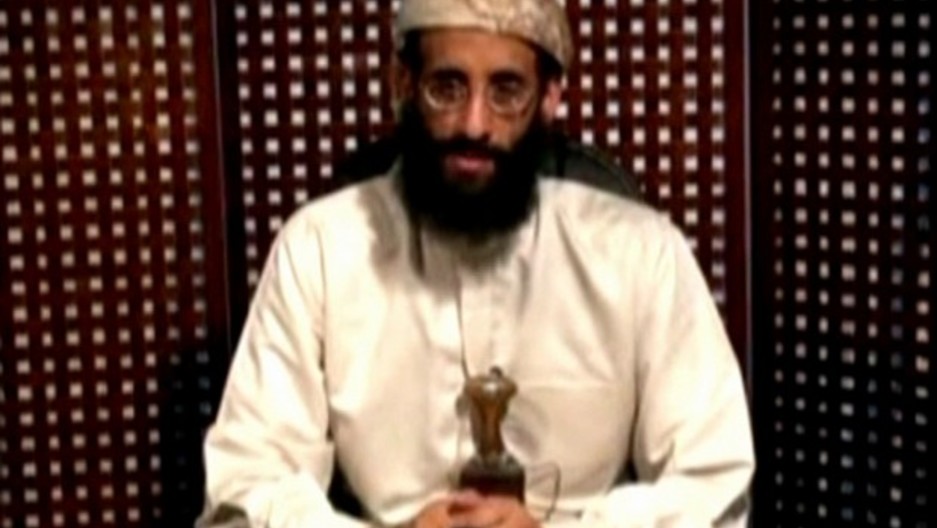 Anwar al-Awlaki, a U.S.-born cleric linked to al Qaeda's Yemen-based wing, gives a religious lecture in an unknown location in this still image taken from video released by Intelwire.com on September 30, 2011. Anwar al-Awlaki has been killed, Yemen's Defence Ministry said on Friday. A Yemeni security official said Awlaki, who is of Yemeni descent, was hit in a Friday morning air raid in the northern al-Jawf province that borders oil giant Saudi Arabia. REUTERS/Intelwire.com (OBITUARY CIVIL UNREST POLITICS) FOR EDITORIAL USE ONLY. NOT FOR SALE FOR MARKETING OR ADVERTISING CAMPAIGNS. MANDATORY CREDIT - RTR2S19P

Share
American-born al-Qaeda leader Anwar Al Awlaki was killed by US drone strikes in Yemen in September 2011. It turns out that the CIA may have gotten help from a Danish double-agent to get to their target. Journalist Orla Borg writes for the Danish newspaper Jyllands-Posten. He's one of the co-winners of the European Press Prize for his story on double-agent Morten Storm. Before becoming a double-agent, Storm says he was a biker turned Jihadist, who eventually lost his faith in Islam. Reporter Orla Borg says he and his co-writers interviewed Storm for 120 hours to check his extraordinary account.