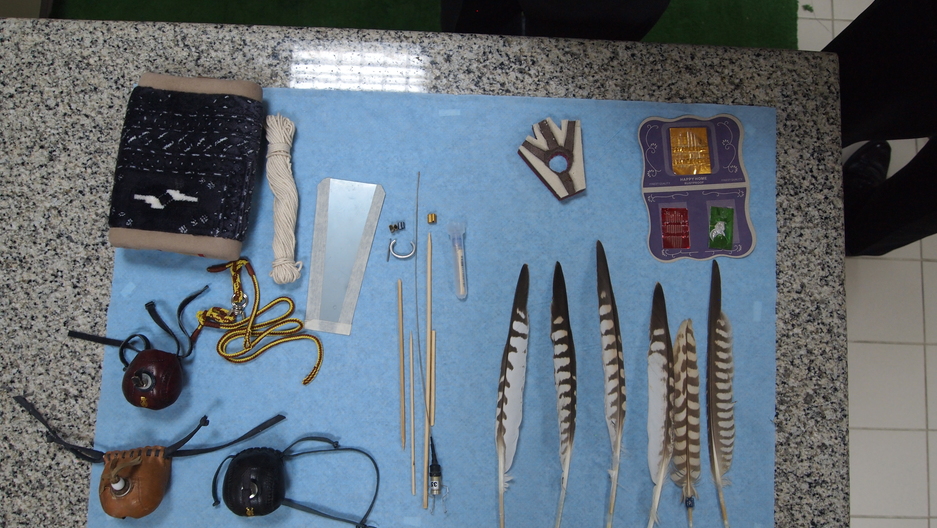 Hunting with falcons is a passion for many in the United Arab Emirates. Falcons are prized animals there, and can cost tens of thousands of dollars – which is why there's a state-of-the-art facility to help care for them.

"We don't color the nail, but we give some massage, apply the cream, sometime we wash, and do foot baths, stuff like that," said Mohammad Nafeese, a veterinary assistant at the Abu Dhabi Falcon Hospital.

Nafeese spends a lot of his time giving pedicures to some of the fiercest falcons on earth.

He said that falcons bred in captivity like the ones in this hospital are missing some of what their natural environment provides them, like rough surfaces to dull down their talons. So the birds get regular nail appointments. They also get their feathers done from time to time.

"If you open drawer here, you will find thousands of feathers, all these drawers are full of feathers," Nafeese said.

Dr. Margaret Gabriella Mueller is the director of the falcon hospital. She's spent more than a decade fine-tuning techniques and tools for her patients.

"You always have to think what you what you can readjust for falcons, what you can use for falcons, even if it has a completely different usage normally," she joked. "Like we use a carpet knife for example to trim the nails of the falcons which is not the idea of it but it works perfectly, so there is nothing better than this one."

Though Dr. Meuller does perform some procedures that require tools which are a bit more sophisticated than a carpet knife.

"We are doing a lot of routine examinations which means blood examinations. We do endoscopies, we do X-rays to see that everything is okay. But we are also conducting all different kinds of surgical procedures," she said.

And falcon owners spare no expense for their most treasured birds which can cost up to a $100,000. Just ask Mohammad Aloum, who's sitting in the hospital lobby with a saker falcon on his arm and a bored expression on his face.

"Even if there is a small problem with one," he said, "my manager tells me to bring the falcon here for a full check-up."

Aloum, who's originally from Bangladesh, said that he looks after and trains 24 falcons. That means that he spends a lot of time in the hospital lobby.

"I take care of the falcons' every need. I attend to every little issue they might have. I'm here at least once a week to bring the birds in for check-ups," Aloum said.

And he's in good company. The Abu Dhabi Falcon Hospital treats over 7,000 falcons a year. Falconry remains a popular hobby even though the birds of prey aren't relied on to hunt for meat as they once were.

They've been revered for centuries as skilled hunters who can take down animals four times their weight. And, Dr. Meuller said falcons are still a really important part of life for people here.

"Abu Dhabi is a very modern city now, but all this has been established within the past 40 years. So before this, the Emiratis were Bedouins who lived in the desert. So for them, it's extremely important to keep their own roots, to keep those traditions alive," she pointed out.

And Dr. Margaret Mueller and her staff at the Abu Dhabi Falcon Hospital will try to help them do just that.