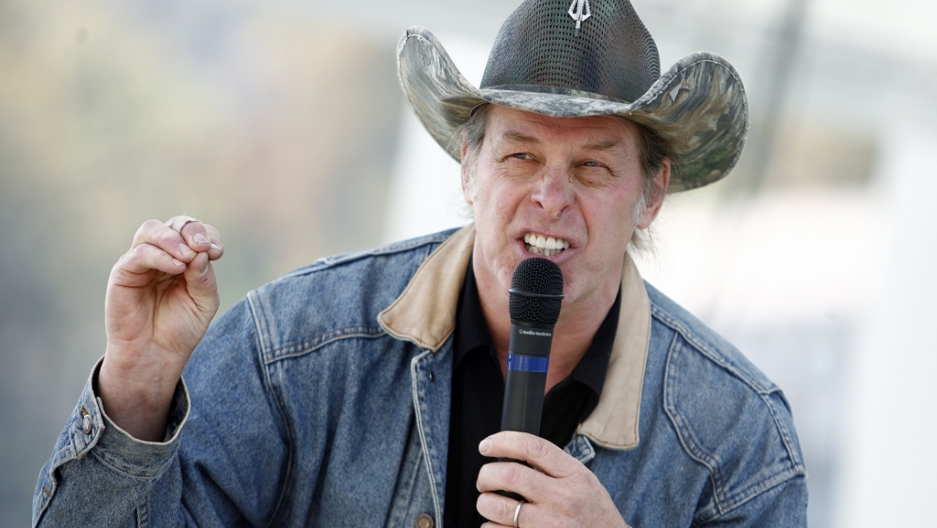 Ted Nugent's comment that he'll be "dead or in jail" if President Barack Obama is re-elected, has drawn the attention of the Secret Service.
Credit: Randy Snyder
Share

"The Nuge" is going to Washington, folks.

Ted Nugent, the rocker-turned-gun-activist who's made inflammatory comments about the president, will attend the State of the Union address Tuesday night, the Los Angeles Times reported.

Nugent will be the guest of Texas Congressman Steve Stockman, who has called for the impeachment of President Barack Obama.

"I am excited to have a patriot like Ted Nugent joining me in the House Chamber to hear from President Obama," Stockman said in a statement on his website. “After the address, I’m sure Ted will have plenty to say.”

A Mitt Romney supporter, Nugent said if Obama won re-election, "I will either be dead or in jail by this time next year," according to USA Today.

Earlier this year, he suggested he and his friends were ready for an armed rebellion against an "evil, dangerous" Obama.

Nugent has accused the president of preparing a broad plan to confiscate guns, The Huffington Post reported.