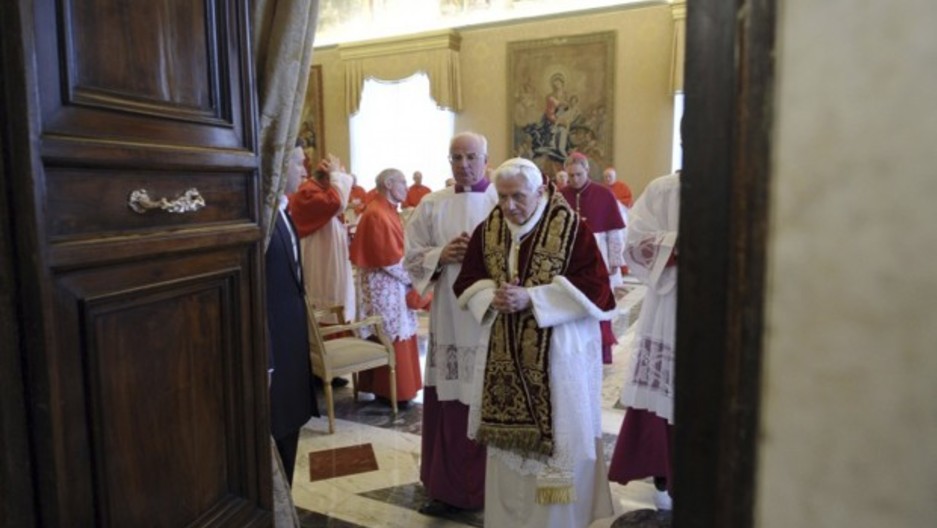 Pope Benedict XVI leaves at the end of a consistory at the Vatican February 11, 2013, in this picture provided by Osservatore Romano. Pope Benedict said on Monday he will resign on Feb 28 because he no longer has the strength to fulfil the duties of his office, becoming the first pontiff since the Middle Ages to take such a step. REUTERS/Osservatore Romano (VATICAN - Tags: RELIGION TPX IMAGES OF THE DAY) ATTENTION EDITORS - THIS IMAGE WAS PROVIDED BY A THIRD PARTY. FOR EDITORIAL USE ONLY. NOT FOR SALE FOR MARKETING OR ADVERTISING CAMPAIGNS. THIS PICTURE IS DISTRIBUTED EXACTLY AS RECEIVED BY REUTERS, AS A SERVICE TO CLIENTS - RTR3DMS3

Share
Pope Benedict XVI has announced that he is to step down at the end of February because of his frail health. Anchor Marco Werman speaks with Rome correspondent Megan Williams about reaction to the surprise announcement.