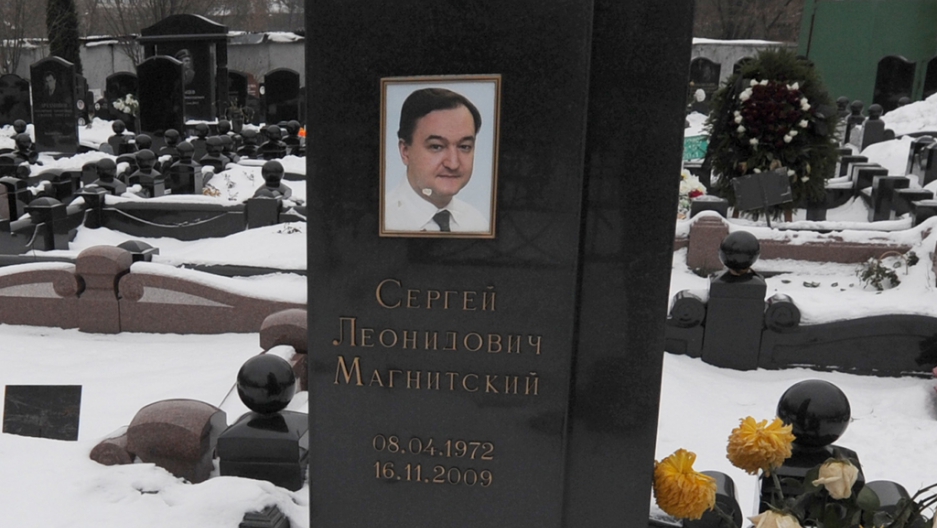 The snow clad grave of Russian lawyer Sergei Magnitsky with his portrait on the tomb at the Preobrazhenskoye cemetery in Moscow.
Credit: Andrey Smirnov
Share

Moldova has launched an investigation into a Russian money-laundering scheme linked to a $230 million tax fraud exposed by the late Russian lawyer, Sergei Magnitsky.

Anti-corruption officials were investigating allegations that some of the stolen money was wired through a Moldovan bank, Bloomberg reported Monday.

Magnitsky had accused Russian bureaucrats of defrauding the state of $230 million by setting up “bogus tax refunds,” Reuters reported.

Bloomberg said the case was the biggest tax fraud in Russian history.

Magnitsky died in police custody in 2009 – allegedly beaten to death – sparking a diplomatic dispute between Russia and the United States.

In December, the United States passed the Magnitsky bill, which imposes sanctions on Russian officials guilty of human rights violations.

Moscow retaliated by banning US adoptions of Russian children.