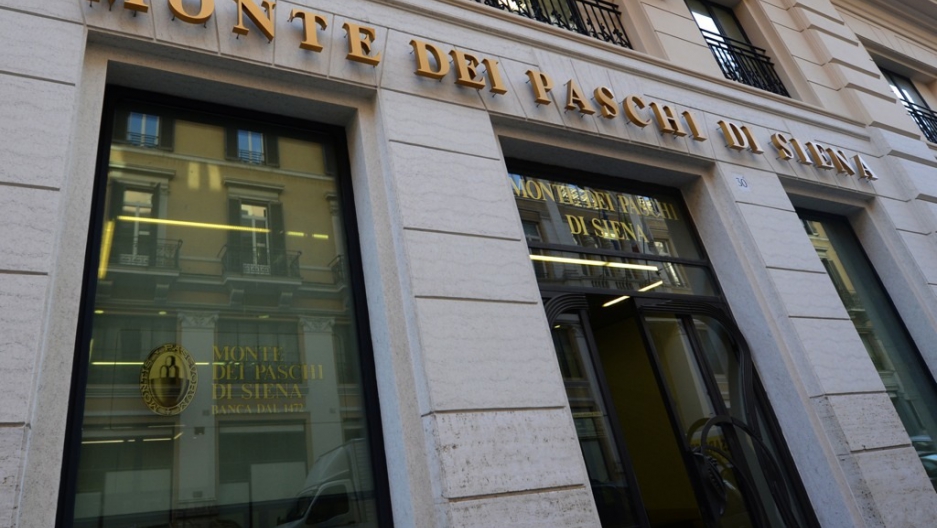 LONDON, UK — Wine and friends, so goes the Italian proverb, improve with age. Banking, if the recent experiences of the world's oldest surviving financial institution are anything to go by, does not.

The Monte dei Paschi di Siena bank, or MPS, is not quite as old as the beautiful Tuscan hills that surround its headquarters in the historic city of Siena, but having first opened its vaults in 1472, about the time a young Leonardo da Vinci was perfecting his craft, it has become part of the landscape.

But MPS's reputation as a pillar of Italian finance has been unsettled by a bailout and a subsequent mismanagement scandal that is casting a long shadow over the country's upcoming general elections.

With a crisis now undermining the position of even the planet's most enduring bank, the MPS experience could easily be taken as a chilling harbinger of yet worse to come from the recent economic turmoil that has swept through Europe and beyond.

While the scandal has sent ripples of anxiety through Berlin, Paris, London and other key regional markets, experts say the most pressing concern is the deep flaws it has exposed in Italy's banking system. Unless it triggers reform, they warn, MPS should be viewed as an omen.

Repeating a pattern that has become sickeningly familiar since the global economic crisis began in 2008, the revelation saw MPS shares take a sharp nosedive, losing more than 20 percent of their value over three days. And so, to prevent a catastrophic run on assets that could spread to other banks, the Italian government inevitably stepped in, bailing the bank out to the tune of $5.3 billion.

Although MPS now appears to be back on its feet, the fallout from its problems is likely to be felt for months, if not years to come. Earlier this week, Italian prosecutors ordered the seizure of assets worth about $53 million as part of a fraud investigation reportedly involving other banks.

The scandal has predictably had consequences for Mario Monti, Italy's technocrat caretaker prime minister, with accusations of oversight failure raised against his administration. The fact that the size of the bailout is almost equal to money raised by an unpopular property tax introduced by Monti has also stirred resentment.

And with Italy's general election just weeks away, it could also hurt the popularity of current favorite Pierluigi Bersani, whose center-left Democratic Party has had longstanding associations with MPS.

This could aid the resurgence of former Prime Minister Silvio Berlusconi, the right-wing media tycoon whose egregious private life undermined his political reputation during the last days of his 2008-2011 term, but apparently did little to dent his popularity.

The bank's tribulations have also threatened to embroil Mario Draghi, an Italian economist and banker who now holds the purse strings at the European Central Bank. Questions have been raised about whether the Bank of Italy was aware of the MPS's problems as far back as 2010, when Draghi was its governor.

Though the situation at MPS is being followed with interest across Europe, it has done little to distract the continent's main financial centers from their current focus – an EU budget battle that on Friday saw leaders agree to the bloc's first ever spending cut.
In Italy, however, it has created major stink. Not simply because it undermines the prestige of such a venerable institution, but because it exposes worrying problems with the country's banking machinery. This, experts said, should be of concern to Europe and the rest of the world.

"For the Italian market it has come as a big shock," said Professor Marco Airaudo, an expert in Italian economics at Drexel University's LeBow College of Business. "What it has shown is that there is something behind the curtain, it's political and it shows that the way things are done is problematic."

Airaudo said Italy's banking sector is beleaguered by a structure that places control of financial institutions in the hands of so-called banking foundations, which are themselves often in thrall to political parties, local government interests and religious bodies.

Hobbled by a lack of full shareholder accountability and leveraged to the hilt, mainly by investments in Eastern Europe, Italy's banks struggle to compete, particularly on the international market, he added.

Luigi Guiso, an Italian economist with the Einaudi Institute for Monetary, Banking and Financial Studies in Rome, said the MPS case has raised the pressing need to shield banks from political influence, particularly given the uncertainties raised by the upcoming vote.

"The current ownership structure and the presence of these foundations in the capital of the most important banks in Italy is dysfunctional, mostly because they are a channel for politics," he said.

Airaudo agreed, arguing that the $5.3 billion bailout should not be used to suppress what was essentially a signal warning of the country's broader banking problems.

"This wasn't down to bad luck, or the economic crisis — there was a serious issue about mismanagement," he said. "This brings up issues that need to be solved because these might happen again."

But while Italy's banking closet may yet contain more skeletons, Guiso is confident that MPS is over the worst. "It will continue to be the oldest bank in the world for the future," he said.

It’s a sentiment that reassuringly echoes the words of Alessandro Profumo, who took over as the bank's president in 2012. Last year, before the latest problems arose, he confidently predicted: "The bank has lasted for 540 years and wants to be around for another 540."