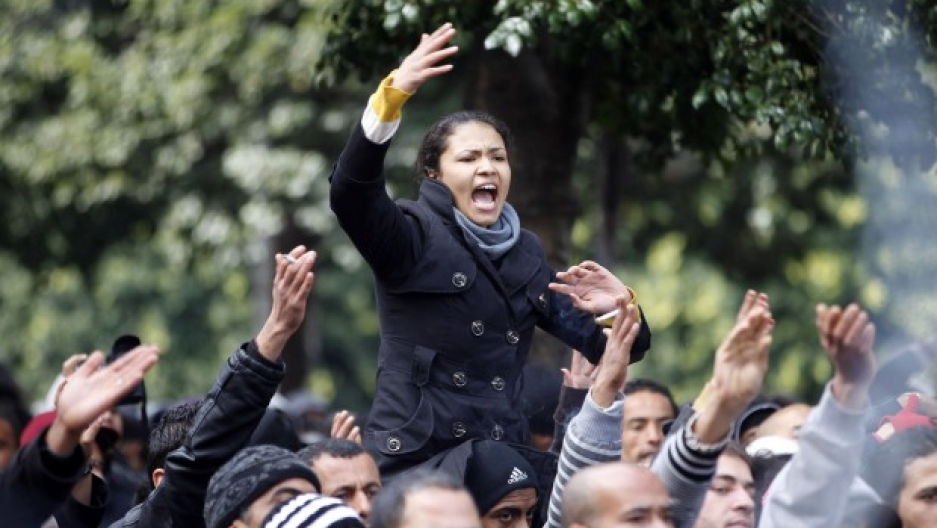 Tunisian protesters shout slogans during a demonstration after the death of Tunisian opposition leader Chokri Belaid, outside the Interior Ministry in Tunis February 7, 2013. Tunisian police fired teargas on Thursday to disperse hundreds of people protesting near the Interior Ministry in Tunis against the Wednesday killing of Belaid, a Reuters witness said. REUTERS/Louafi Larbi (TUNISIA - Tags: POLITICS CIVIL UNREST) - RTR3DGJA

Share
Tunisia is gripped by growing uncertainty. There were more protests in the North African nation – which was the cradle of the Arab Spring. The unrest comes in response to the assassination of major opposition leader Chokri Belaid. He was gunned down in front of his home Wednesday in Tunis. The funeral is set for Friday and there have been calls for massive demonstrations and a general strike. The country's prime minister had earlier announced plans to dissolve his government and replace it with a unity coalition. But the prime minister's own Islamist party rejected the plan – throwing the country into political chaos. Freelance journalist Fadil Aliriza in Tunis says that the post-revolutionary reforms have left much to be desired. And as the new system has not lived up to people's expectations, he says, Chokri Belaid's murder puts the Tunisian revolution itself at stake.