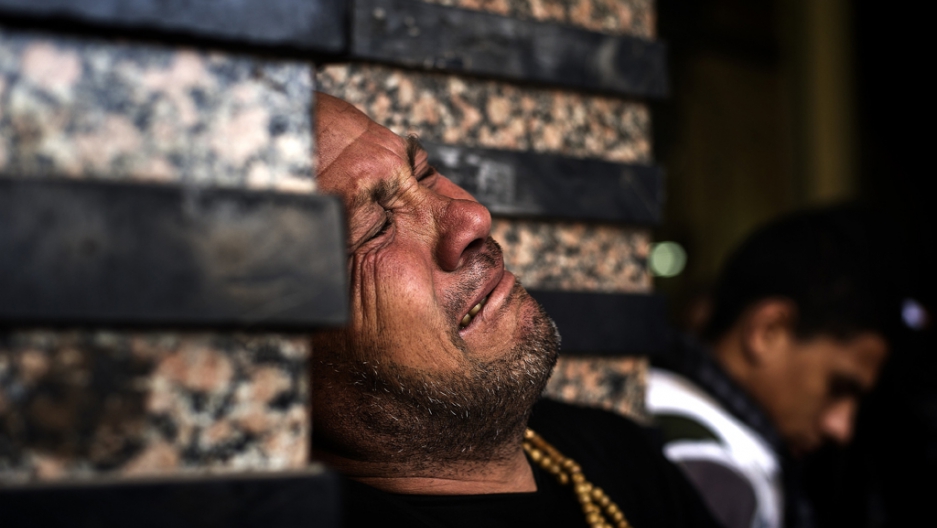 TANTA, Egypt — In gray and crumbling downtown Tanta, the air still burned from the tear gas fired by police forces the night before.

One of Tanta’s own had been killed — tortured by police, his family and friends say. And this mid-sized Nile Delta city, 58 miles north of Cairo, exploded Monday night into its most violent anti-government protest in years.

“The people are tired of being deceived, of having their friends and family killed,” said 24-year-old resident, Mohamed Imam. “Things will not calm down. We will continue to fight.”

Tanta is an otherwise placid agricultural settlement that lives largely in the shadow of its more restive and revolutionary sister city, Mahalla. This week, however, Tanta’s anger was ignited by the renewed police brutality that has marked President Mohamed Morsi’s nationwide crackdown on protesters, bringing with it echoes of former President Hosni Mubarak's regime.

In perhaps the most high-profile case of alleged police torture since Morsi took power, 29-year-old Tanta resident Mohamed Al Guindy died in a Cairo hospital on Feb. 3. Al Guindy was a secular activist with the Popular Current, a political coalition in Egypt, and he died after suffering a skull fracture and multiple broken ribs. He had disappeared for several days before that from an area near Tahrir Square.

His friends and family say Central Security Forces officers detained and tortured Al Guindy at the Gebel Ahmar security compound in Cairo, citing burns and strangulation marks on his body and throat, as well as two witnesses who say they saw police beat him while they were also detained there.

“We were outside Gebel Ahmar with photos of Mohamed [Al Guindy], and two prisoners were released,” said fellow Popular Current activist and friend of Al Guindy, Ahmed Al Gamal. “They said he was inside — that an officer had developed a grudge against him and was beating him every half-hour. They said his head was split open.”

The state, however, is pushing back. Dr. Maged Hammam, a forensic official with ministry of health, told the popular ONTV channel Tuesday that Al Guindy’s injuries were the result of a “collision,” perhaps a car accident. But not torture.

A more detailed autopsy report from the morgue is not yet available. But Tanta’s newly seething residents, of which there are roughly 440,000, are having none of the government’s line.

“Does a car accident electrocute you? Does it leave burn marks on your tongue and around your neck?” said Essam Abu Ahmed, a veteran of Egypt’s 1973 war with Israel, referring to injuries activists say Al Guindy endured.

Al Gamal says an independent doctor, who him and other activists smuggled into Al Guindy’s hospital room at Cairo’s Helal Hospital, verified the wounds before he died. The doctor could not be reached for comment.

“The government does what it wants, and we are left in the streets with nothing,” Abu Ahmed said.

The wider erosion of the moral authority of the Morsi-led state in recent weeks, after days of violent protest, is now taking root in Tanta in the wake of Al Guindy’s death.

Following the young activist’s burial at the Tanta cemetery Monday night — after a large memorial in Tahrir Square — mourners and protesters engaged in violent clashes with police forces outside the provincial headquarters and main security compound.

At least one demonstrator, Peter Kamel, lost an eye after he was hit with birdshot, but police at Tanta’s University Educational Hospital barred reporters from interviewing him.

A group of incensed citizens gathered outside the provincial headquarters in Tanta Tuesday, shouting condemnations of the government and vowing revenge.

“Morsi should resign,” said 29-year-old Mohanad Ali, a doorman, outside the headquarters. Mounds of trash could be seen piling up nearby. Almost all of the buildings downtown are dilapidated and covered in dust and dirt.

“Life is so intolerable,” he said. “There is nothing left to do but fight.” Another round of violence kicked-off on Tuesday night, activists say, after hundreds of youth descended on the same security building in downtown Tanta.

Morsi’s refusal to embark on serious reform of the interior ministry, which has a long and sullied history of torture and brutality, is fueling resentment of his government’s rule.

Instead of engaging in efforts to remake the police force, which was nurtured under the former regime of Hosni Mubarak to quash political dissent, Morsi is coopting the interior ministry to crackdown on opposition to his own government.

Police reform was a key catalyst for Egypt’s 2011 uprising. But according to the Cairo-based Nadim Center for the Rehabiliation of Torture victims, 34 cases of death and 88 cases of torture at the hands of Egyptian police were recorded during Egyptian President Mohamed Morsi's first 100 days in office starting July 1.

In Tanta, at least seven police and security officers charged with killing unarmed protesters in the revolt two years ago have yet to be convicted.

“The police are the same as they have always been. They have not changed and they have not been reformed,” said Dr. Wagih Sultan, a Tanta-based appeals lawyer.

“So they remain a tool in the hands of the government, who use them to abuse the people,” he said.