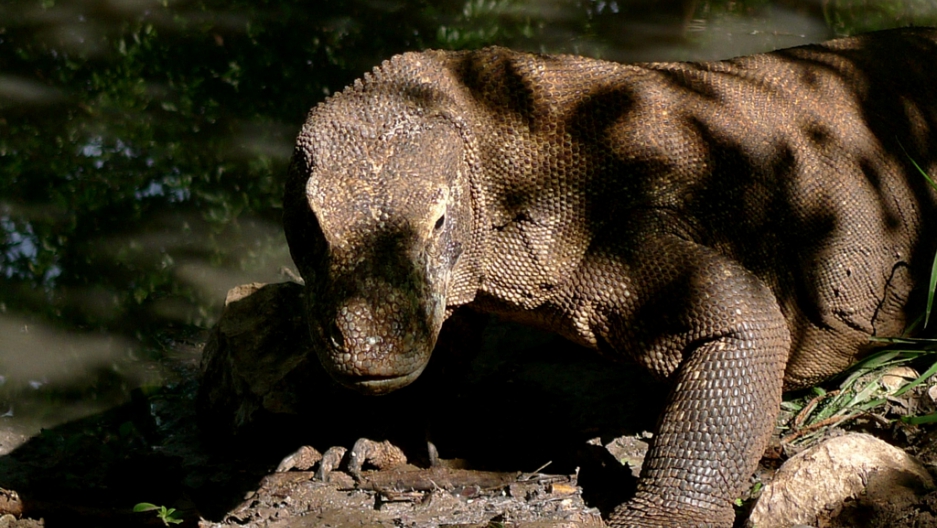 A Komodo dragon wandered into a wildlife park office in eastern Indonesia, where it bit two employees in an attack so severe it left the victims hospitalized.

One victim, a 50-year-old ranger at Komodo National Park, was sitting at his desk when the 6-foot-long dragon snuck into his office Tuesday afternoon, Agence France-Press reported.

The ranger tried jumping up onto his chair, but was grabbed and bitten in the leg before he could escape the Earth's heftiest lizard.

Hearing the ranger's screams, a 35-year-old park employee ran into the office and was also bitten in the leg, according to the Associated Press.

Both were evacuated to a hospital on nearby Bali Island.

The park ranger had been the victim of a similar attack in 2009 and was still traumatized, Komodo National Park official Heru Rudiharto told AFP.

The park sits on Rinca Island, one of several islands Komodo dragons can be found in the wild.

Considered an endangered species, there are currently only a few thousand Komodo dragons left in the world. Some can grow up to 10 feet long.

According to National Geographic, Komodo dragons will "eat almost anything."

A 2009 attack by two Komodo dragons left a fruit-picker in eastern Indonesia dead, according to The Guardian.