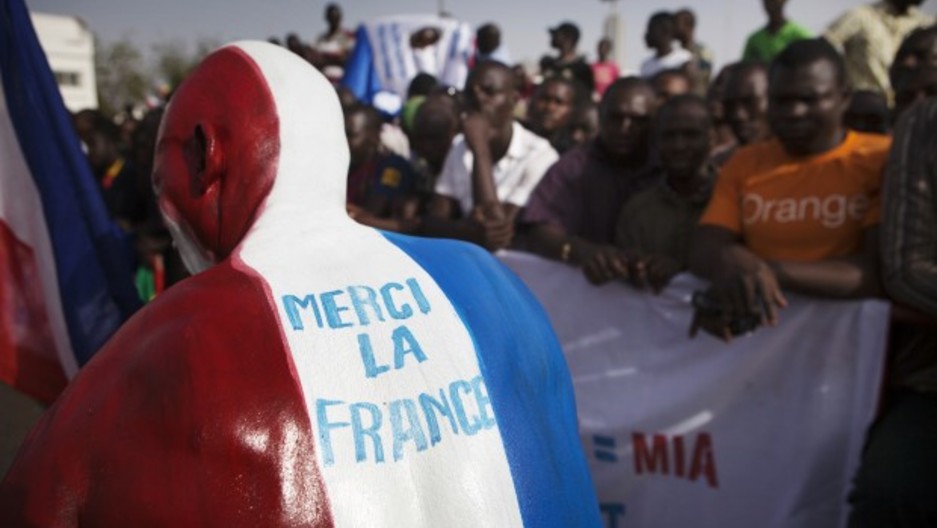 A Malian man painted in the colours of the French flag and with the words reading: "Thank you France" stands next to a crowd before the arrival of France's President Francois Hollande at the Independence Plaza in Bamako, Mali February 2, 2013. France will withdraw its troops from Mali once the Sahel state has restored sovereignty over its national territory and a U.N.-backed African military force can take over from the French soldiers, Hollande said on Saturday. REUTERS/Joe Penney (MALI - Tags: POLITICS CONFLICT TPX IMAGES OF THE DAY) - RTR3DA0U

Share
Correspondent Laura Lynch who is in central Mali, describes the time she's just spent with a French army convoy on the road to Gao, Mali. Islamists extremists have been pushed out of Gao, but there are still dangers on the road. Lynch says the French military found a few explosive devices on the way to the city.