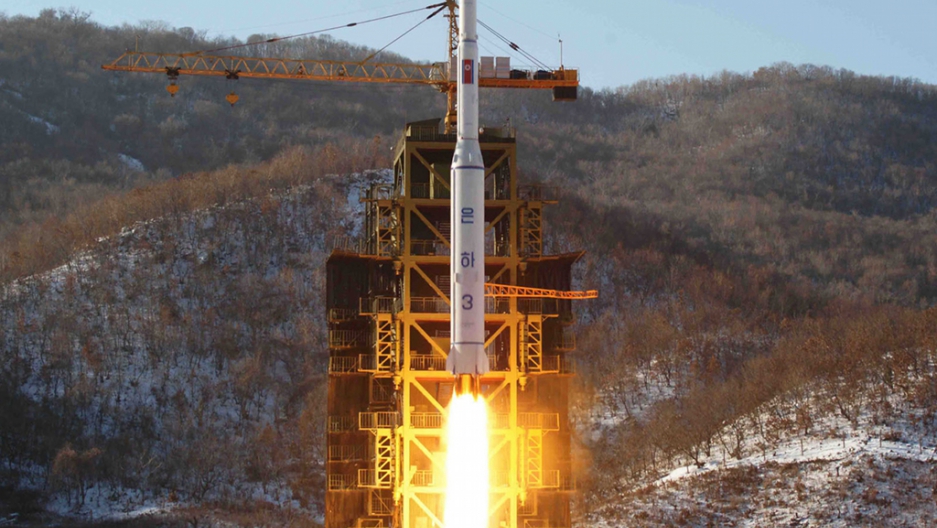 Between its satellite launches and nuclear tests, North Korea appears to be moving closer to its goal of developing intercontinental strike capabilities.
Credit: AFP/Stringer
Share

To say it simply, is to say it best. And our friends over at TechCrunch truly got to the heart of this one today:

"If you watch one paranoid fever dream video of a missile-blown New York set to a Muzak version of 'We Are The World,' make it this one."

According to Forbes, the captions over the footage read:

“Somewhere in the United States, black clouds of smoke are billowing.”

“It seems that the nest of wickedness is ablaze with the fire started by itself.”

That is some pretty dark stuff.

And that's not even the worst of it. What about the fact that North Koreans are apparently dreaming of American demise? How about the fact that they stole images from a Call of Duty: Modern Warfare 3 cut-scene to illustrate the the nuclear annihilation of New York City? Or perhaps the worst thing is the stark irony that exists between the propaganda message and the message conveyed in "We are the world," the song the North Koreans have so wisely chosen to accompany their video.

In any case, we at GlobalPost are feeling a little shaken after watching this beautifully haunting dream sequence.

Now, we can't speak for everyone, but in our humble opinion, there's nothing quite as redemptive as the original We are the World music video to soothe your nerves and make you think that the world is not such an awful place.

So do yourself a solid and let the soft harmonies of Lionel Richie, Stevie Wonder, Bruce Springsteen and Michael McDonald serve as a musical salve to heal your emotional wounds, even if you happen to live — or maybe especially if you live — in the nest of wickedness:

Hat tip to Forbes and TechCrunch for this gem.