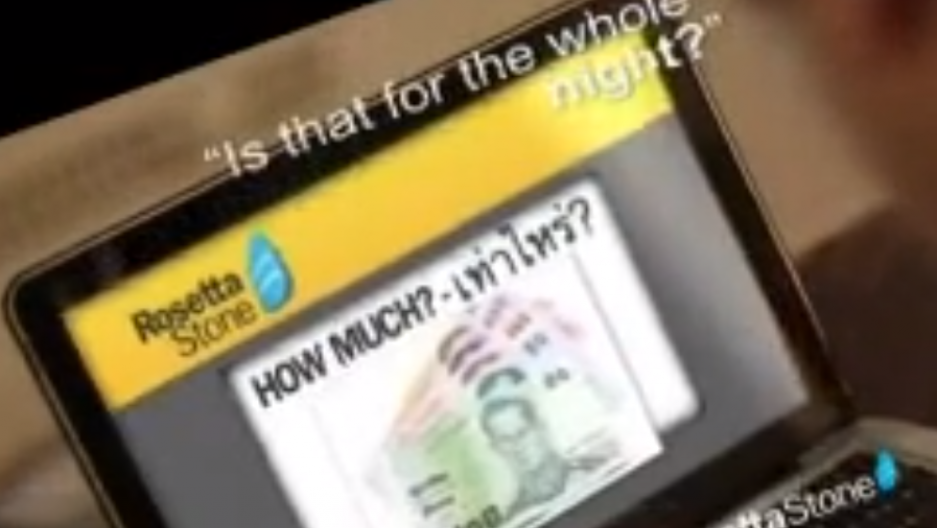 Why Thai? So they can travel to Thailand and parlay with prostitutes.

I shouldn't know about this video. I stopped watching SNL in eighth grade. But thanks to Thailand's stuffy Ministry of Culture -- forever at war with those who might darken Thailand's image -- the video is circulating through Thai social media and the Thai-language press.

The ministry is aghast that the video depicts Thailand as "a source for sexual services," the TV outlet Thai PBS reports. And as Thailand's largest newspaper (Thai Rath) reports, the ministry plans to file a complaint with the U.S. embassy with hopes that the American government will rid this sketch from the Web.

The sketch's premise is actually quite promising. But the execution is hacky and mediocre at best. You can imagine how it unfolds: a series of dumpy creeps like this guy pore over Thai phrases such as "How much?" and "Is that for the whole night?" And, of course, there's an unoriginal zinger about ping pong balls.

I'm left thinking that far funnier sketch comedy shows  could have twisted this concept into something obscenely hilarious.

In complaining to the U.S. embassy, Thailand's culture ministry is propagating the same misguided beliefs we saw during the "Innocence of Muslims" protests -- that the American government is in the business of ridding the Web of shlocky online videos deemed offensive.

The U.S. government isn't going to take that route. So here's an idea for any Thais intent on a rebuttal.

Why English? So they can fly to America and purchase assault rifles.