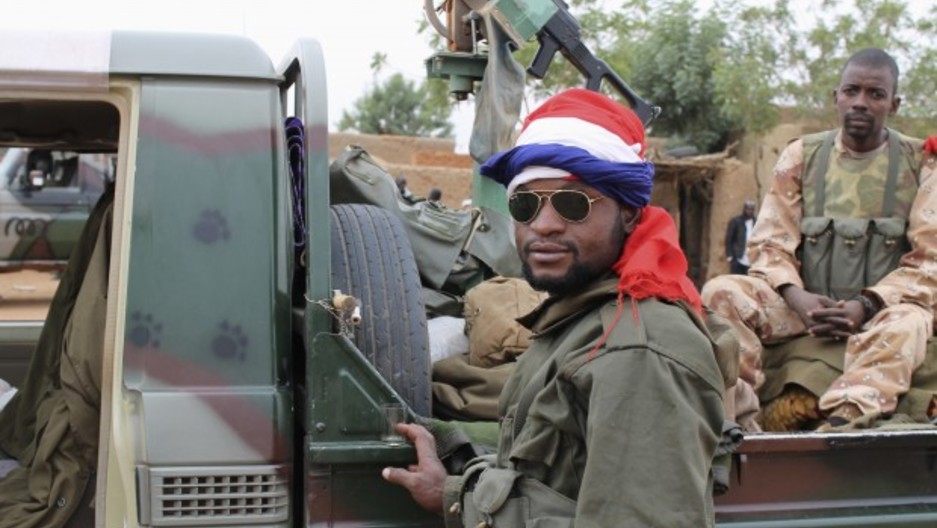 A Malian soldier, with a French flag wrapped around his head, stands next to a military vehicle in the recently recaptured town of Gao January 27, 2013. French and Malian troops retook the major Saharan trading towns of Gao and Timbuktu from Islamist rebels at the weekend. Picture taken January 27, 2013. REUTERS/Adama Diarra (MALI - Tags: POLITICS CIVIL UNREST) - RTR3D6MJ

Share
A French-led convoy carrying food and military supplies arrived in the northern Malian town of Gao. Reporter Laura Lynch was with them. She's covering the story for The World and the CBC.