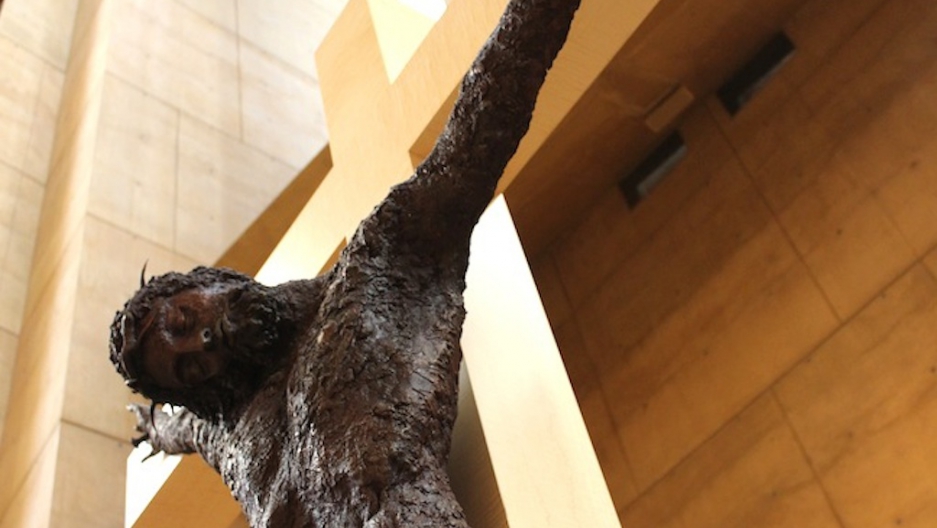 The Church supports comprehensive immigration reform that would reunite families and allow migrants to work in the country.
Credit: Sarah Parvini
Share

LOS ANGELES — Carlos Martinez first stepped onto American soil when he was 11. Led by a coyote, or smuggler, he crossed the Arizona border with a dozen other immigrants.

The group walked the desert for four days and three nights, sleeping in bushes with only the blankets on their backs to keep them warm. His mother, a migrant farm worker, waited for him in Northern California.

That was 12 years ago. Martinez, now 24, is among the nation’s 1.4 million “DREAMers” – immigrant children brought illegally to the United States by their parents. These DREAMers have found a powerful ally in the Catholic Church. While the battle over immigration reform continues, the Church fights for a path to citizenship for the 11 million undocumented immigrants in the country.

At a meeting in Washington, D.C. last month, Catholic bishops urged church members to participate in a postcard campaign in support of immigration reform that would reunite families and allow migrants to work in the country.

Martinez didn’t need an invitation to help. As a Latino immigrant and a Catholic, he feels a deep connection to the reform movement. Before he was able to pay resident tuition prices, he couldn’t afford a higher education. The first person in his family to graduate from high school, Martinez set his sights on another first: attending college. Yet, instead of hunching over textbooks, he found himself bent on his knees, picking lettuce while waiting to hear about financial aid.

His faith got him through those dark times when he lost hope and felt depressed, he said.

“I was raised Catholic, and it has helped in the aspect that there is always a bright side to the struggle,” Martinez said.

Because of California laws like AB 540, which allows undocumented immigrants to pay in-state tuition prices, and the DREAM Act, which makes him eligible for financial aid, Martinez now attends community college in San Francisco.

Since enrolling, he co-founded a research center for the college’s undocumented students to “create equal opportunity in education.” Working with People Improving Communities through Organizing, a faith-based group, Martinez also helped a “Campaign for Citizenship” that recognizes immigrant contributions to American society.

“My faith has always been a big part of the work that I do,” he said.

His sentiments echo that of the United States Conference of Catholic Bishops, which officially opposes "enforcement only" immigration policies and supports comprehensive immigration reform. Father James Heft, a religion professor at the University of Southern California, said part of the Church’s push for reform stems from strong support of the family.

“Current immigration policy tears apart what needs to be held together,” Heft said.

Public acceptance for immigration reform is on the rise as well, as talks continue in Congress. According to a January 2013 Associated Press poll, 62 percent of Americans now favor a path that leads to citizenship for illegal immigrants – a significant rise in support from 50 percent in the summer of 2010.

The first step toward such reform was taken late January, when a bipartisan group of senators released a set of principles that would overhaul the nation’s immigration policy. The proposal allows a road to citizenship for undocumented immigrants contingent upon first securing the nation’s borders.

Martinez sees the proposal as a victory despite its nascent state. While he embraces his immigrant status, he believes citizenship is his only option—he would have a hard time adapting to life in Mexico after growing up in the United States, he said.

“Every single one of us immigrants has a story,” Martinez said. “You have to fight. You have to be a warrior.”

Sarah Parvini is a journalist living in Los Angeles. She is currently a Master's candidate in digital journalism at the Annenberg School for Communication and Journalism.

For more of GlobalPost's reporting on the Catholic Church, check out our Special Report "The New Inquisition: The Vatican's Investigation of American Nuns."