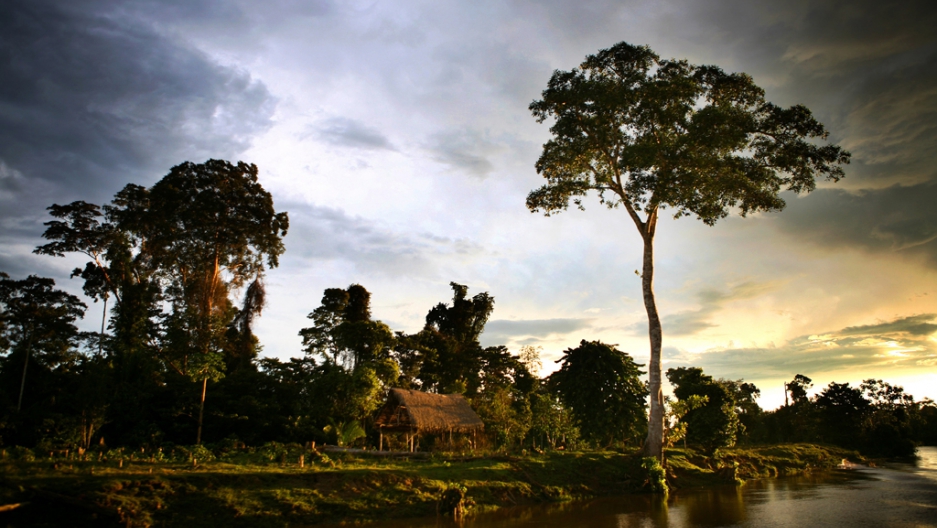 LIMA, Peru — Some of the fine wooden furniture that makes for chic centerpieces in American homes is being sourced in far less elegant ways in this South American country.

Now, the US government is taking a tougher stance.

Washington has given Peru one more chance to clean up its forestry sector and stop exporting illegally logged timber to the United States.

The move is a response to a report by green nonprofit Environmental Investigation Agency (EIA) that detailed widespread “laundering” of illicit wood in the Peruvian Amazon to make it appear as though it had come from legitimate logging concessions.

In a joint statement, Peru and the US unveiled a five-point plan to tackle “specific challenges that remain in Peru’s forestry sector.”

The plan includes increasing the number and training of logging inspectors, more on-site inspections in remote concessions, new systems to track the supply chain of timber, and criminal prosecutions of anyone — including public officials — involved in illegal logging.

The White House agency responsible for foreign trade said the measures would “further Peru’s implementation of its obligations” under the forestry section of a 2006 free trade treaty with the US.

But that response was condemned as inadequate by Julia Urrunaga, EIA’s Peru director, who dismissed it as “yet another action plan” while “criminals continue to cut down our forests with impunity.”

EIA had wanted Washington to pressure Peru to launch criminal prosecutions based on the information in its report, and consider suspending future imports of wood from the South American country.

“To tackle illegal logging in Peru, you have to focus on the widespread corruption and the lack of resources that the Peruvian government dedicates to governing our vast forests,” Urrunaga told GlobalPost.

“Most importantly, those who violate the law must know that there are consequences for their wrongdoing."

Titled “The Laundering Machine” and published in 2012, the EIA report detailed numerous cases of legal forestry concessions being used as cover for the unsustainable and criminal ransacking of Peru’s vast tropical rain forest, roughly twice the size of California.

Both species are classified under the Convention on International Trade in Endangered Species of Wild Flora and Fauna (CITES) as at risk of extinction if their indiscriminate exploitation continues. Exports of Spanish cedar and big leaf mahogany therefore require CITES certificates showing they were legally and sustainably harvested.

A number of ruses were then used to give the outlaw timber papers certifying it had originated from legal concessions.

According to EIA, the illegal wood accounted for 35 percent of Peru’s exports of those two species to the US between 2008 and 2010, although it did not identify the US retail companies selling products made from the illicit timber.

The report, which the US government has spent more than eight months reviewing, also directly accused several Peruvian logging companies, including Bozovich Timber Products, the country’s largest exporter of timber.

Bozovich’s director of external relations, Erik Fischer, categorically denied the allegations, claiming all wood now exported by the company had some form of approval from the Forest Stewardship Council, a voluntary certification system backed by environmental groups including Greenpeace.

“Illegal logging is my worst enemy because it ruins my reputation,” he told GlobalPost, adding: “There is less and less corruption in Peru’s forestry sector every day.”

GlobalPost also sought comment from Osinfor, the Peruvian agency that supervises logging concessions and which reports directly to the prime minister’s office. But Johan Zegarra, the Osinfor official put forward for the interview, balked at GlobalPost’s first question, regarding how illegal logging and timber laundering had become so prevalent in Peru.

Instead, he insisted that only Peru’s Foreign Commerce and Tourism Ministry, responsible for negotiating the trade treaty with the US, could answer even technical questions about logging concessions.

That response may not surprise activists like Urrunaga, who have long despaired at what they regard as the Peruvian state’s inability or unwillingness to tackle corruption in the timber industry.

But there have been some recent advances — possibly as a result of the need to comply with the environmental provisions of the US trade agreement — including some of the first successful prosecutions of illegal loggers in Peru’s history.

Meanwhile, the country’s fledgling environmental ministry is finally starting to build its tiny budget and flex its muscles on a range of issues from illegal mining to climate change.

It was only created in 2009 as a condition of the trade treaty with the US, after heavy pressure on Washington from green groups concerned by Peru’s historic lack of interest in environmental issues.

Although some US importers may have been grateful for the illegal timber, the lawlessness in the forestry industry in Peru and other developing nations causes headaches for responsible companies.

“I’ve personally been to hundreds of concessions around the world, by jeep, helicopter and on foot,” said Ron Jarvis, Home Depot’s vice president of environmental innovation, detailing his company's efforts to ensure it only purchases legitimate timber.

Once in those concessions, Home Depot’s inspectors look for telltale signs of laundering including species or trunk sizes that do not match the trees in the concession.

“Our consumers are relying on Home Depot to do our due diligence regarding our suppliers,” added Jarvis. “We are accountable to them.”

If Peru’s new action plan works, then companies like Home Depot will eventually be able to put aside those in-house inspections and actually trust the paperwork that is supposed to prove a timber shipment is legal.

But, according to green groups including EIA, that day remains a long way away.