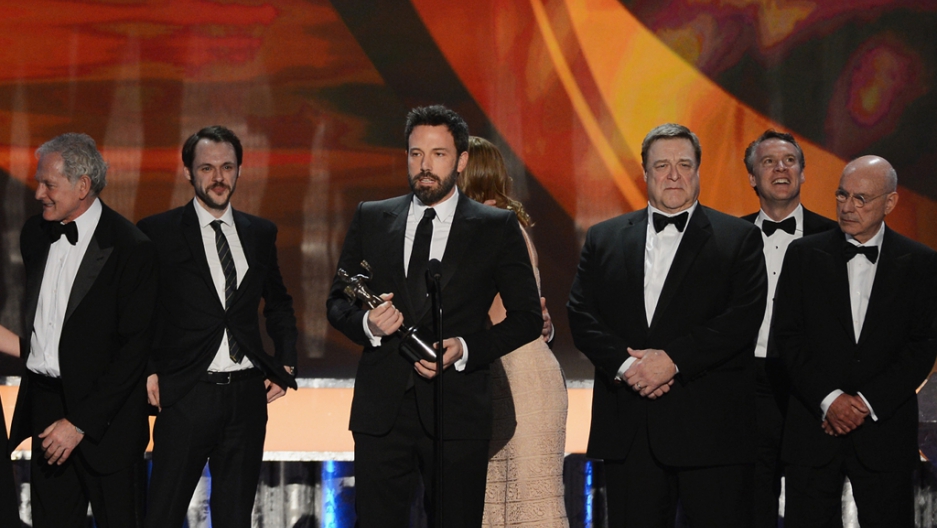 The cast of the film 'Argo' receives the Screen Actors Guild Award for Outstanding Performance by a Cast in a Motion Picture.
Credit: Mark Davis
Share

It's not only the Academy that snubbed director Ben Affleck for "Argo," but Iran, too, doesn't want anything to do with Affleck or his film.

In response to the liberal Hollywood interpretation of the real-life 444-day siege by Iranian students of the US Embassy in Tehran and how the CIA extracted six diplomats at the height of the crisis, Iran banned the Oscar-nominated film.

Not only does Iran not want the film to be screened in the country, but in response they're also filming their own movie version of the historical events titled "The General Staff."

The DVDS, obtained by sellers with national distribution networks, only recently became available on bootleg discs with Persian subtitles.

At a recent screening of "Argo" at Sharif University, Iran's top engineering school, one 28-year-old film student who declined to give his name said the DVD sales mean more than just entertainment: "People are indirectly saying to the government that they are tired of this hostile behavior and it's time for us to be friends with the world and the US again."

But Masoumeh Ebtekar, a spokeswoman for the hostage-takers during the crisis, criticized the movie's representation of events and called the movie a "weak interpretation of the truth."

Cue "The General Staff," which its Tehran-based director Ataollah Salmanian says "will be a big production" produced by the state-affiliated Arts Bureau and "an appropriate response to the ahistoric film Argo."

Business Insider: The 20 Most Innovative US Cities

Business Insider: The 20 Most Stagnant Economies For The Next Three Years