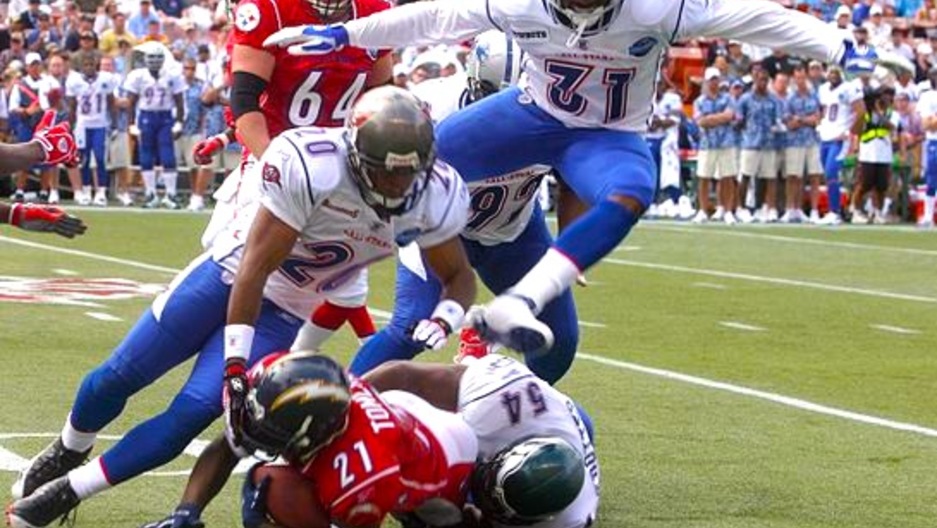 More than 4,000 former professional football players and their wives have filed a class action lawsuit against the National Football League, accusing the league of deliberately concealing information about life-altering brain injuries caused by playing football.

Attorney Gene Locks will be representing the plaintiffs. Paul Barrett, assistant managing editor at Bloomberg Businessweek, said he's one of the most-feared plaintiff's attorneys in the country.

"(Locks) was one of the pioneers in the massive asbestos litigation that began in the 1970s. (He) made a small fortune representing pipe-fitters and others who were exposed to asbestos insulation and then went on to bring other mass lawsuits," he said.

Locks deals with damages on the order of billions of dollars in these massive lawsuits, Barrett said.

But Locks, his colleagues and his clients face challenges ahead. They'll be trying to argue against the idea that these players knew what risks they faced when they became professional football players.

"Lawyers call (this argument) assumption of risk, which is the defense argument that you knew what you were getting into," he said.

Barrett says the players knew it was dangerous, but the NFL knew playing could cause them permanent brain damage — and covered the information up, or so the plaintiffs contend.

"It is impossible for the (NFL) to argue that they were unaware of the issue. As early as 1994, they set up a committee specifically to study and issue reports on the issue," he said.

The committee, though, functioned mostly to deny reports of brain injury, rather than aggressively investigating the cases brought forth, Barrett said.

"The question is, will the league at this point, proactively figure out a way to settle this litigation, put more money into research and treatment and move forward, or will this turn into a tremendous legal food fight?" he said.

The NFL, Barrett says, is moving forward and seems to be trying to solve the problem.

The Boston Globe reported Tuesday that the union representing NFL players has selected Harvard University to lead a $100 million study to research, treat and prevent the broad-ranging health problems of these athletes.

There's a limited pool of plaintiffs in this case made up of thousands of former players, Barrett said. Players who have recently started playing professionally can't be added to the lawsuit because they can't argue they didn't understand the dangers of the sport.

"I think what we're going to see is that after a few rounds of legal skirmishing, the lawyers will get together around a conference table in private and will come up with a way to set aside some billions of dollars to be paid out over many years to treat players and investigate the problem," he said.