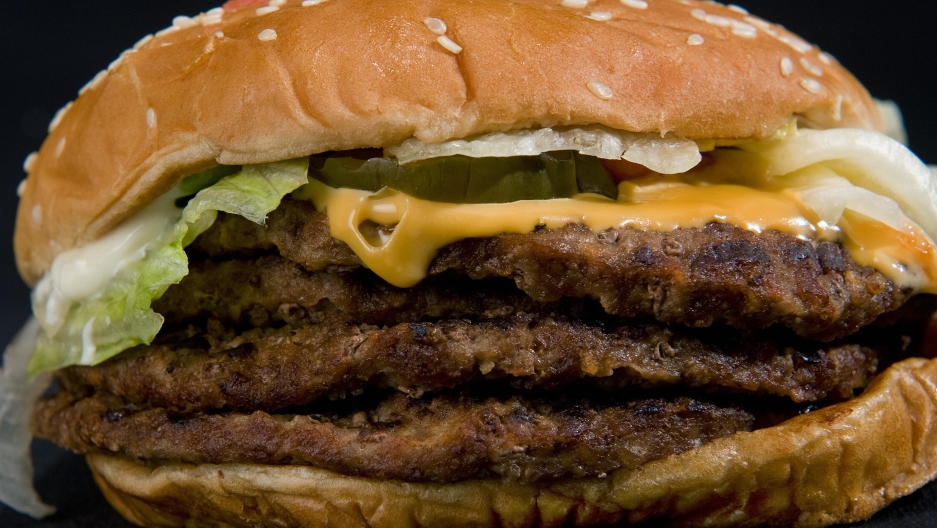 Burger King is the latest company to be implicated in a horse meat scandal that has shaken the UK food industry. The scandal began when British supermarket chain Tesco discovered it was selling horse meat burgers.
Credit: Paul J. Richards
Share

Burger King admitted on Thursday that its burger supplier was using horse meat in ground beef.

The fast food giant is the latest company to be implicated in a horse meat scandal that has rocked the United Kingdom.

Burger King said that it had used meat by supplier Silvercrest, which was recently found to have horse meat contaminants in its ground beef, said CNN.

USA Today noted that the popular restaurant chain claims that none of the patties it tested had horse DNA.

It remains unclear whether the horse meat ever reached Burger King customers.

The hamburger restaurant said it was now using suppliers in Italy and Germany instead of Ireland where the contaminated meat originated.

The Guardian reported that Irish authorities had traced the horse meat to filler used in burger processing in Poland.

Burger King said that food safety was never at risk.

“While the Food Safety Authority of Ireland has stated that this is not a food safety issue, we are deeply troubled by the findings of our investigation and apologise to our guests, who trust us to source only the highest quality 100 percent beef burgers,” said Diego Beamonte, global quality vice president at Burger King, reported the Independent.

“Our supplier has failed us and in turn we have failed you. We are committed to ensuring that this does not happen again.”

Burger King had previously said it only used 100 percent British and Irish beef.