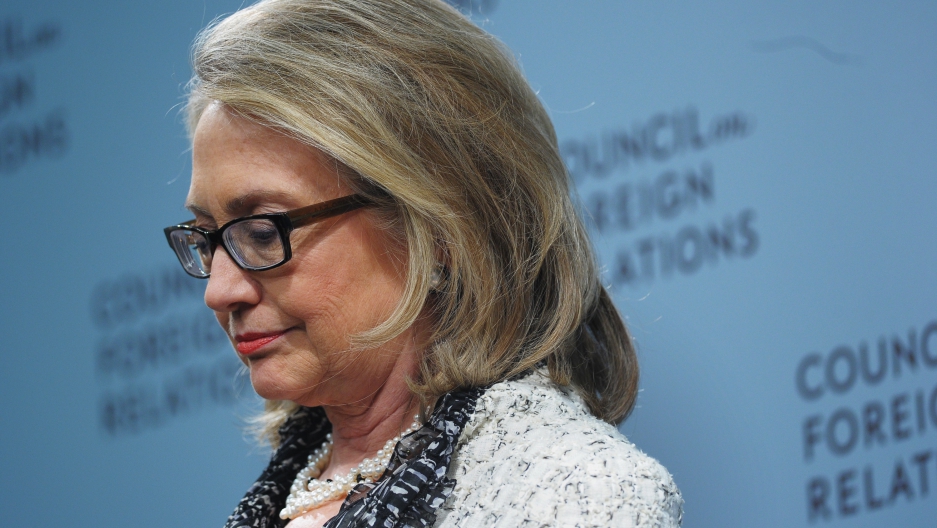 Outgoing US Secretary of State Hillary Clinton listens to her introduction before speaking on 'American leadership' on January 31, 2013 at the Council on Foreign Relations in Washington, DC.
Credit: Mandel Ngan
Share

Hillary Clinton spent Thursday saying goodbye to the Council of Foreign Relations before her Friday departure as Secretary of State.

In her last speech to the council, Secretary Clinton emphasized diplomacy and said the United States needs to use new tools to meet the rapidly changing world, reports PBS.

"We need a new architecture for a new world -- more Frank Gehry than formal Greek," she said.

"Now some of his work at first might appear haphazard, but in fact, it's highly intentional and sophisticated.

Where once a few strong columns could hold up the weight of the world, today we need a dynamic mix of materials and structures."

CNN reports that Clinton said the US is in a unique position to take on the new challenges.

"Those things that make us who we are as a nation — our openness and innovation, our diversity, our devotion to human rights and democracy — are beautifully matched to the demands of this era and this interdependent world," she said.

Clinton will step down from her post on Friday and hand over control of the State Department to former Senator John Kerry, whose nomination was confirmed on Tuesday.

Kerry will be sworn into office on February 1.