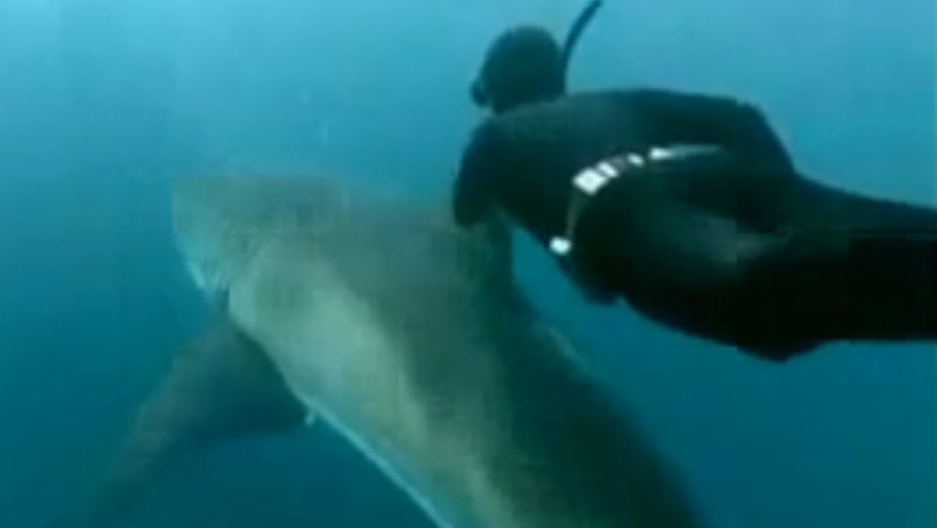 Mark Rutzen, "Sharkman," holds the fin of a great white shark. Rutzen was badly injured in a car accident in Mozambique this week. The crash took the life of his girlfriend.
Credit: Youtube
Share

The deadly crash took the life of his Italian girlfriend Elisabetta Castella who died at the scene, reported il Risveglio.

Rutzen, a shark expert, was the host of a show on Discovery Channel called "Sharkman."

The fearless host often swam with sharks and even rode the waters holding their fins.

More from GlobalPost: Man drags shark into water after it swims near children (VIDEO)

He was also featured on the History Channel show "Superhumans," in which he was presented as a master of sharks.

In March 2010, he was on American television show 60 minutes discussing sharks with Anderson Cooper.

Rutzen was a proponent of shark conservation efforts.

The Cape Town native is said to be in serious condition after the crash with a punctured lung and broken ribs, reported ioL news.

The couple were on holiday in Mozambique but were airlifted back to South Africa.