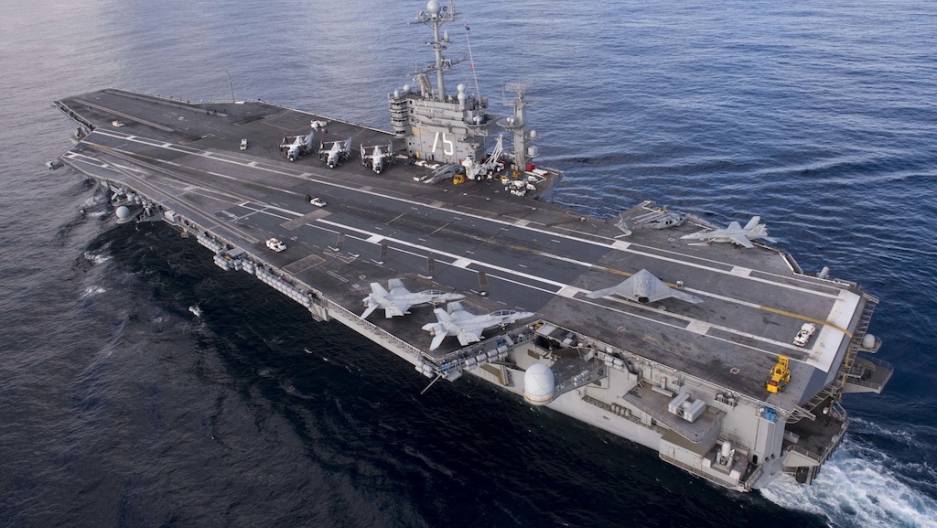 China reportedly "sunk" a mock US aircraft carrier, and in the Gobi desert of all places, according to Want China Times.

A satellite Google Earth photo (seen here) seems to show a rectangular white platform - a stand in a US aircraft carrier - with two large craters made by DF-21D "carrier killer" missiles.

The photo originally appeared in SAORBOATS, and Argentinean internet forum.

"The People's Liberation Army has successfully sunk a US aircraft carrier, according to a satellite photo provided by Google Earth, reports our sister paper Want Daily — though the strike was a war game, the carrier a mock-up platform and the "sinking" occurred on dry land in a remote part of western China."

Business Insider says Want China Times is a Taiwanese paper "with a solid reputation and accurate reporting," though it's "slightly slanted toward unification," so their might be truth in the report.

Roger Cliff, a defense analyst, put the missile text in context when interviewed by The Diplomat:

"The thing to keep in mind is that, in order for China to successfully attack a U.S. navy ship with a ballistic missile," Cliff said, "it must first detect the ship, identify it as a U.S. warship of a type that it wishes to attack ... [then] over-the-horizon radars used to detect ships can be jammed, spoofed, or destroyed; smoke and other obscurants can be deployed ... and when the missile locks on to the target its seeker can be jammed or spoofed."