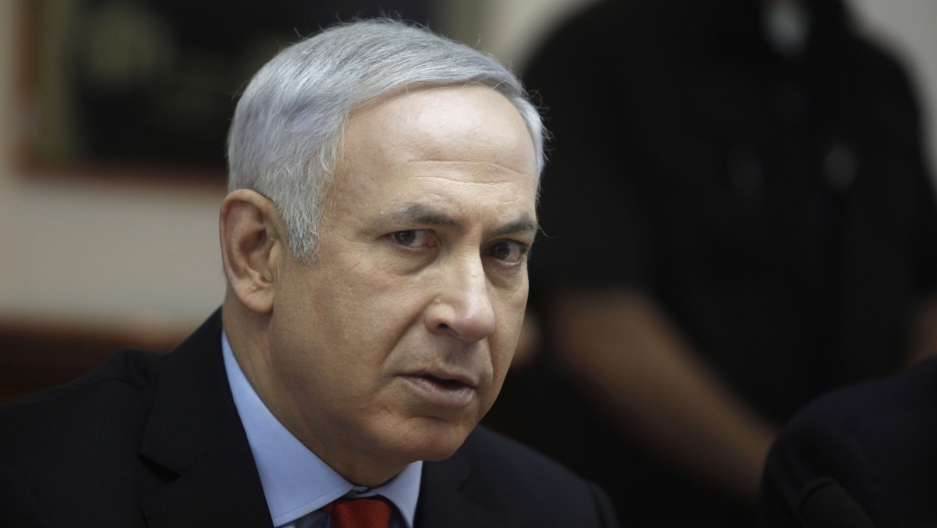 JERUSALEM — Power, acolytes, sexual fetishism, misdirected emails, a suspicious wife. For the past few days, a live-action political telenovela including all of these elements has been playing out on Israel's normally straight-shooting news channels.

Eshel was a dangerous and confusing choice. He was forced to resign as chief of staff about a year ago after confessing to sexual harassment charges. The accusation was rather graphic: A female employee of the prime minister's office reported that while on a trip abroad, Eshel followed her, spied on her text messages and surreptitiously took photographs of intimate parts of her body under meeting tables.

Eshel, who signed a plea agreement and resigned, admitted to the misconduct, was reprimanded by the Civil Service Commission and was prohibited from returning to government service.

Hauser, on the other hand, was forced to resign by a furious Netanyahu — or, depending on whose version you take to, by the mercurial Mrs. Sara Netanyahu, the prime minister's wife.

Mrs. Netanyahu is renowned for her meddling in personnel-related matters of her husband's bureau. One of her least favorites, another former chief of staff, Naftali Bennett, was once forced to undergo a polygraph when accused of having betrayed the trust of the Netanyahu family in ways never made entirely clear.

Eshel, meanwhile, has always been held in good favor by Mrs. Netanyahu, which might partly explain how he has managed to stick around.

Now it seems that Eshel, a portly man in late middle age and a religious Jew, never really left.

In late December, a month before the elections, Eshel sent a letter to the prime minister's legal counsel, Shlomit Barnea-Farago, in which he stated that Netanyahu and his foreign minister, Avigdor Lieberman, requested his services as head coalition negotiator. He asked the lawyer if his earlier plea bargain would pose any problem.

But that is only where the most recent problems began. For one, Barnea-Farago, who by law must defend the employee who accused Eshel of harassment, agreed to the deal. No less mortifying, Eshel misdirected his email, sending it to another woman whose name begins with Sh — Labor party leader Shelly Yachimovich, who yesterday posted the email on her Facebook page.

By the time of the Facebook posting, the coalition team of Yair Lapid, Netanyahu's principal negotiating partner, had announced their refusal to meet with Eshel for any purpose.

A leading feminist organization, the Israel Women's Network, demanded on Tuesday that the prime minister and Attorney General Yehuda Weinstein abide by the terms of Eshel's plea agreement and bar him from returning to public life.

In a fit of pique, Eshel told the Israeli website Ynet that protests to his possible appointment were "blown out of proportion," and added, "apparently, women have no problem lying."

"Eshel isn't really the story," writes Ha'aretz political commentator Yossi Verter. "He's just the errand boy. The problem is the boss who sent him. The fact that Prime Minister Benjamin Netanyahu wanted Eshel, who was forced to leave public service in disgrace, to head his coalition negotiating team or even to be a senior member of it, proves that the prime minister hasn't yet internalized the primary lesson of this election campaign, which, succinctly put, would be, 'It's the new politics, stupid!'"

In his blog, Ha'aretz diplomatic affairs correspondent Barak Ravid warns that however loud the outcry, "As long as Netanyahu remains prime minister, Eshel will be there, too."