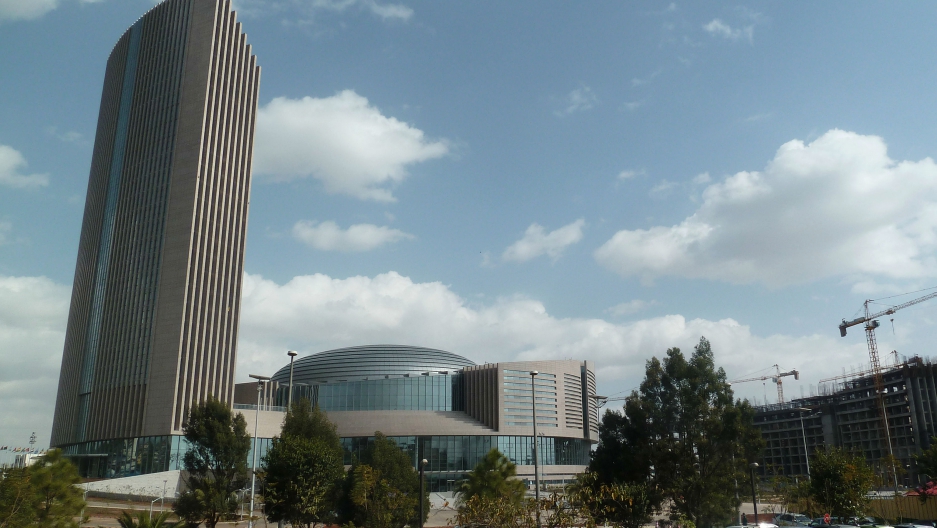 A view of the new African Union headquarters in Addis Ababa on January 24, 2012. The towering building – Addis Ababa’s tallest – was built by China and symbolizes the country's strengthening ties with Africa.
Credit: ENNY VAUGHAN
Share

Hailemariam Desalegn, Ethiopia’s Prime Minister, has been elected to a one-year term as chairman of the African Union Assembly, Bloomberg News reported. He takes over from Benin’s President Yayi Boni.

(The AU Commission, the organization’s secretariat, is led by South Africa’s Nkosazana Dlamini-Zuma, who began serving her four-year term in July 2012.)

According to Agence France-Presse:

Hailemariam, a former water engineer, has defied critics who feared instabilty in Ethiopia, taking over leadership of his country in a rare peaceful handover of power for the Horn of Africa nation.

The former foreign minister and deputy prime minister is from a minority ethnicity – Wolyata – and a minority religion – he’s Protestant – in Ethiopia, AFP reported.

At the handover ceremony, Yayi said he believed Hailemariam will "succeed brilliantly in his mission in pushing us forward in our agenda for unity, peace, stability and development of our continent,” AFP reported.