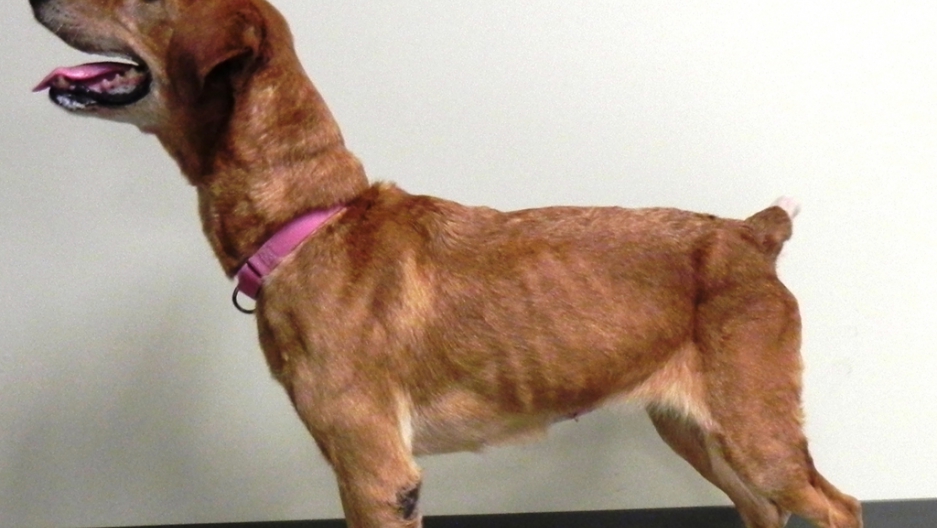 A dog in northern Iowa ate her own tail to survive nearly three weeks without food.

The 7-year-old golden retriever from Forest City named Goldie was one of eight dogs found at an abandoned home earlier this month, the Mason City Globe Gazette reported.

More from GlobalPost: Dog sits by his master's grave for six years

She ate half her tail in an outdoor kennel, exposing the bone.

"Goldie showed up at 46 pounds, which is 20 pounds under weight of a normal golden retriever weight," Humane Society of Northern Iowa Executive Director Sybil Soukup told KIMT. "You could see her rib cage underneath her skin. Her coat condition was in very bad shape. She was suffering from severe dehydration and starvation."

Goldie's tail had to be amputated, but since being rescued she's gained six pounds and appears to be back to her happy self, People.com reported.

Her story has drawn offers of adoption from as far away as Sydney, Australia, the Globe Gazette reported.

The shelter is accepting adoption applications through this week, according to its Facebook page.