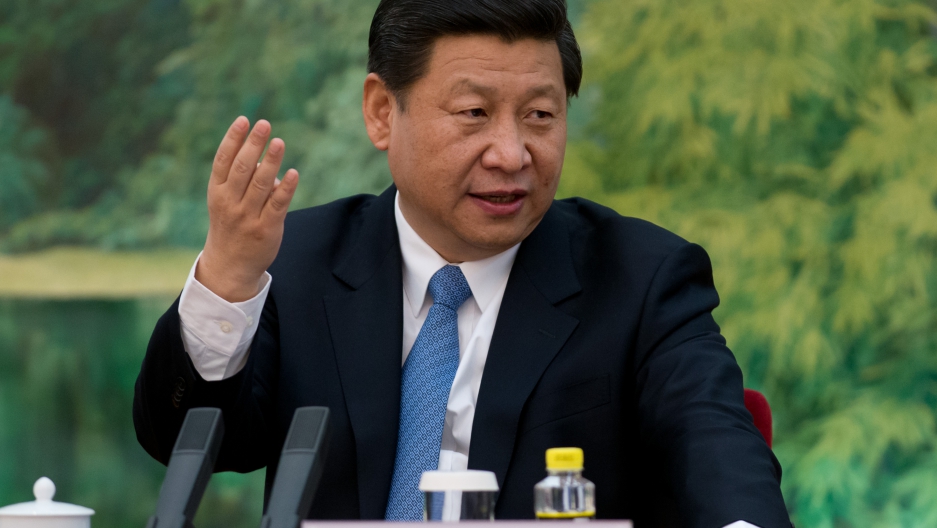 China's newly appointed leader Xi Jinping attends a meeting with a panel of foreign experts at the Great Hall of the People on Dec. 5, 2012 in Beijing.
Credit: Ed Jones
Share

In China, the possibility of political reform and nationalization of the military under the new generation of leaders seems remote.

Over the weekend, Beijing-based journalist Gao Yu published an analysis of a leaked speech given by President Xi Jinping during his southern tour last month that appears to throw cold water on hopes for reform.

South China Morning Post journalist John Kennedy wrote Monday that Gao’s take on the yet-to-be-released speech to the Communist Party faithful “suggests Xi … has even less intention of initiating political reforms – namely, nationalization of the military – than [former President] Hu Jintao did when he took over as chairman of the Central Military Committee in 2004.”

American journalist and longtime China observer John Pomfret tweeted that the speech, once it is released, will spell the end of the “honeymoon with China’s liberals.”

Xi gave two speeches at the Party School and Zhengfa Daxue, not yetreleased. When they are, the honeymoon with China's liberals will end.

GlobalPost's senior correspondent for China, Benjamin Carlson, said that Xi's speeches have been causing quite the stir.

"Up to this point, [Xi has] made some impressively bold early statements about cracking down on corruption and liberalizing the economy," Carlson said.

But, he continued, what these speeches make plain is that he is fully committed to maintaining and strengthening the CCP's authoritarian grip.

In a way, this is not actually surprising: the Communists have shown no sign of opening up to political reform. But it's still disappointing, especially to those within China — including some Party members — who were hoping that Xi would lead to more sweeping change.

This is an excerpt from Gao’s analysis:

The most striking part of Xi Jinping’s ‘new southern tour speech’ is his revisiting the topic of the Soviet Union’s collapse.

He said, ‘Why did the Soviet Union disintegrate? Why did the Soviet Communist Party collapse? An important reason was that their ideals and beliefs had been shaken. In the end, ‘the ruler’s flag over the city tower’ changed overnight. It’s a profound lesson for us! To dismiss the history of the Soviet Union and the Soviet Communist Party, to dismiss Lenin and Stalin, and to dismiss everything else is to engage in historic nihilism, and it confuses our thoughts and undermines the Party’s organizations on all levels.

Gao wrote that Xi’s speech will “shock many party members” and his remarks suggest he wants “to maintain the life of the CCP regime” and “revamp the house in the hope of restoring the kind of authority and legitimacy Mao Zedong enjoyed at the beginning of the communist China.”

More from GlobalPost: China's Party hangs on to status quo