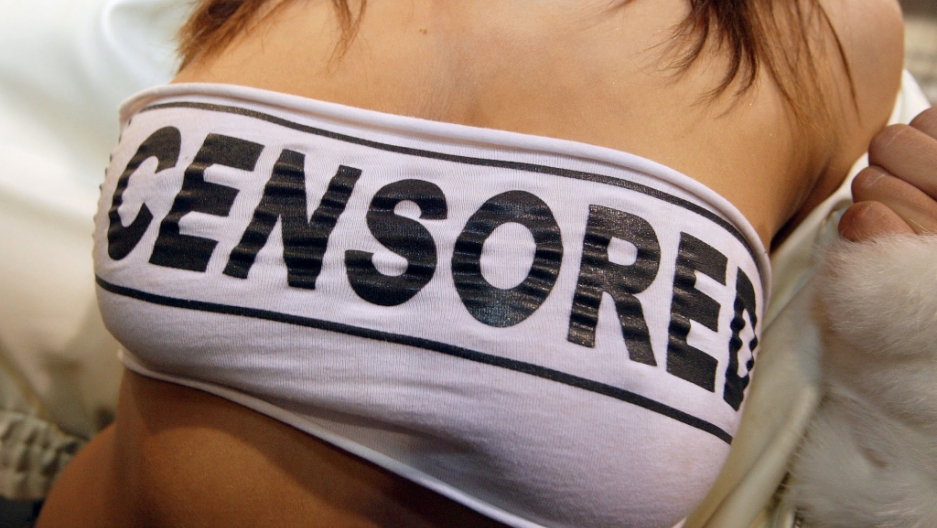 SEOUL, South Korea — That's right. Large-breasted women are so discriminated against in North Korea they try to shrink or hide their boobs in order to boost their social standing, according to the South Korean daily JoongAng Ilbo as cited by Korea watcher Robert Koehler.

The bigger your breasts, the more likely you'll be considered a slut, the women reportedly said, because you're seen as strutting your stuff — as if morality determines that development. Imagine their shock when they escape to find themselves the envy of all their smaller-breasted friends. What? Big boobs are good?

GlobalPost's senior correspondent for East Asia, Geoffrey Cain, says that North Korea is trailing behind trends that are more popular elsewhere in the region.

As Asia gets wealthier, bigger and cosmetically enhanced breasts are coming in vogue.

"Boob jobs" are popular in South Korea, where the people are the most cosmetically enhanced in the world, Cain said, who is based in Seoul, and they're also becoming a hot item for the new affluent women of China, Vietnam and Indonesia.

But North Korea hasn't gone that far yet, although plastic surgery is not uncommon among the upper-class women of Pyongyang.

The desire for small breasts is a form of chastity in this conservative and male-dominated society. North Koreans take pride in their culture being supposedly pure and untainted by the evils of Western capitalism, a charge that they always lob at their southern cousins.

One defector from Hoeryong said she had a work friend with large breasts who often ate chives because she’d heard they make your boobs smaller. She added that she was surprised upon learning that women in the South actually have operations to make their breasts bigger.

The isolationist nation is known for wild propaganda efforts, but this is a real head-shaker. Life is tough enough in North Korea as it is — leave the breasts alone!