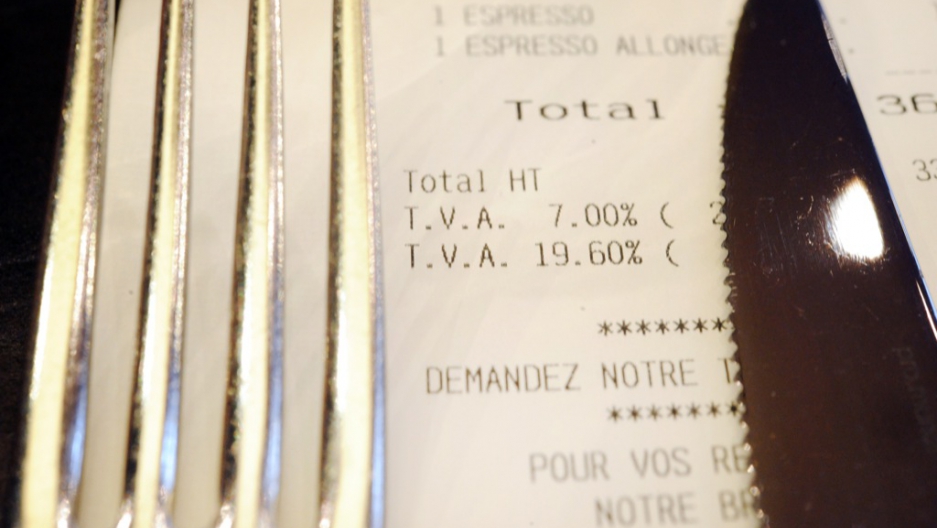 Cannibalism is one of humanity's longest-running taboos, a practice that inspires horror and revulsion in nearly every mentally normal individual who hears about it.

However, all this revulsion completely fails to explain why loathsome stories of cannibalism hit the news on a disturbingly regular basis.

Why do they do it?

"For someone who is isolated and resentful, it fills a void," criminal expert Deborah Schurman-Kauflin wrote in Psychology Today in 2011.

"Most cannibals are extreme loners. They do not have friends, and they are bitter about it. Killing and eating a victim ensures that the offender is never alone."

Here are some recent cases of this perhaps most disturbing of crimes.

World attention shifted to Miami, Florida last spring, when horrifying reports came out of a cannibal attack on a homeless man, whose face was quite literally eaten off by a seemingly drug-addled assailant.

News reports blared that the attack was due to bath salts, a mysterious and supposedly violence-inducing new drug that's become increasingly popular in the US.

However, autopsy reports revealed that attacker Rudy Eugene only had marijuana in his system at the time of the incident, shedding little light on why he decided to commit an act of such singular violence.

More from GlobalPost: Face-eater Rudy Eugene had no bath salts in system

Against the odds, victim Ronald Poppo survived the attack and is recovering from his injuries, although he will remain both blind and mutilated for the rest of his life.

"He just ripped me to ribbons. He chewed up my face. He plucked out my eyes. Basically that's all there is to say about it."

North Korea's long-standing food crisis has led to a rash of reports of cannibalism in this secretive communist nation, as family and friends turn to feeding on one another to avoid starvation.

New reports of cannibalism in North Korea hit the Western media in January 2013, as supposed citizen-journalists secretly operating out of the DPRK claimed a man had been executed for killing and eating his two children.

Cannibalism rumors in North Korea have persisted for years, likely beginning during the deadly food shortage of the 1990s, in which nearly a million are thought to have perished.

The North Korean government refuses to confirm or deny these cannibalism reports, and it remains unlikely anyone outside the country will know the unpleasant truth in the near future.

Is the country currently experiencing an unusually damaging famine? As is often the case with North Korea news, it's extremely hard to say for sure. A recent UN crop assessment found that food production appears to be improving, although children still are suffering from malnutrition in unacceptably high numbers.

North Korea experienced an extreme drought in the summer of 2012, which likely has resulted in a dangerous drop in food production. Under these conditions, it's not unthinkable that North Koreans may be turning to desperate measures for survival.

Here's an interview from InsideNK.com, where a DPRK defector describes her encounter with cannibalism:

3. Japanese man cooks and eats his own genitals

Twenty-two-year-old illustrator Mao Sugiyama considered himself to be asexual, and was willing to decisively act on those feelings this year: via Twitter, he offered to amputate, cook, and serve up his own genitals to the highest bidder.

Six people actually took him up on it — and a bizarre banquet was scheduled. Five people actually showed up to partake in a meal consisting of Sugiyama's purged genitalia (sauteed with button mushrooms and garnished with a little bit of fresh, green parsley).

Cannibal and killer Issei Sagawa murdered and then ate a fellow graduate student in France in 1981, in a case that would appear on the face of it to be about as open and shut as possible.

But it wasn't. After Sagawa was caught, his wealthy father manged to line up an excellent lawyer, who convinced a French court to deem him legally insane.

He was consigned to a mental hospital and later extradited to Japan — and then, due to an issue with paperwork, Sagawa was able to walk in 1986, says Murderopedia.

And he's stayed free ever since.

Sagawa recently agreed to a graphic interview with Vice, which the strong-stomached can view below:

4. New York cop plans on raping and eating women — and is, thankfully, caught

A New York City police officer was arrested in Queens in October for conspiring to rape, torture, and consume women — a macabre plot that unraveled after his estranged wife contacted the FBI, upon discovering some deeply disturbing material on his home computer.

An NYPD veteran, Gilberto Valle allegedly had constructed a disturbingly detailed database of at least 100 women he intended to kidnap and consume, complete with photographs, wrote CNN. It's believed that many were women Valle knew personally.

Chat transcripts revealed that Valle appeared to have intended to sell the kidnapped women for consumption, said the New York Daily News, in discussions both intricately detailed and deeply disturbing.

CBS News writes that Valle had fantasized about consuming "girl meat" for Thanksgiving prior to his arrest.

In a recent twist in this remarkably unpleasant case, 22-year-old Michael Vanhise was arrested in early January, and charged with planning to "buy" a kidnapped woman from Valle, so that he could eat her, wrote the AP.

Magnotta, who already had aroused the attention of authorities after allegedly uploading video of kitten murder to a gore website, is said to have murdered 33-year-old Chinese student Jun Lin in May, then cutting up and eating portions of the body. They were acts that Magnotta captured on video, then uploaded to the internet, said Al Jazeera.

But even this exhibitionism wasn't enough for Magnotta, who began sending body parts to Canadian political parties, and even to two schools.

He then went on the lam to France and then Germany, and was finally caught in June in a Berlin cafe — arrested in the act of reading online articles about his own crimes.

Magnotta has pleaded not guilty to five criminal counts, and a preliminary hearing into the case is expected to begin in March, according to the Canadian Press.

Magnotta was in fact named 2012's Newsmaker of the Year by the Canadian Press — a deeply dubious distinction.

A cannibal cult was captured and brought to justice in July of 2012 in Papua New Guinea, in an incident that apparently began when a group of witch doctors decided to launch a new money-making scheme — relying on the body parts of their victims.

Twenty-nine people, including a number of women, were implicated in the case, according to the Telegraph. They were charged with crimes that included eating raw brains and making soup of male genitalia.

"We ate their brains raw and took body parts such as livers, hearts, penis and others back to the hausman (traditional men's houses) for our chief trainers to create other powers for the members to use," one cult member admitted to AFP.

The cult eventually attracted in the range of 1,000 followers, all of whom appear to have believed that consuming human flesh would grant them supernatural powers.

Cannibalism isn't exactly unknown in Papua New Guinea, where the practice continued fairly widely up until the modern era, and is reputed to still occasionally take place in the remote nation.

According to Smithsonian Magazine writer Paul Raffaele, in his excellent essay "Sleeping with Cannibals," many cases of modern cannibalism in Papua New Guinea take place as retribution for the evil acts of khakhua, Papua New Guinea's "witches."