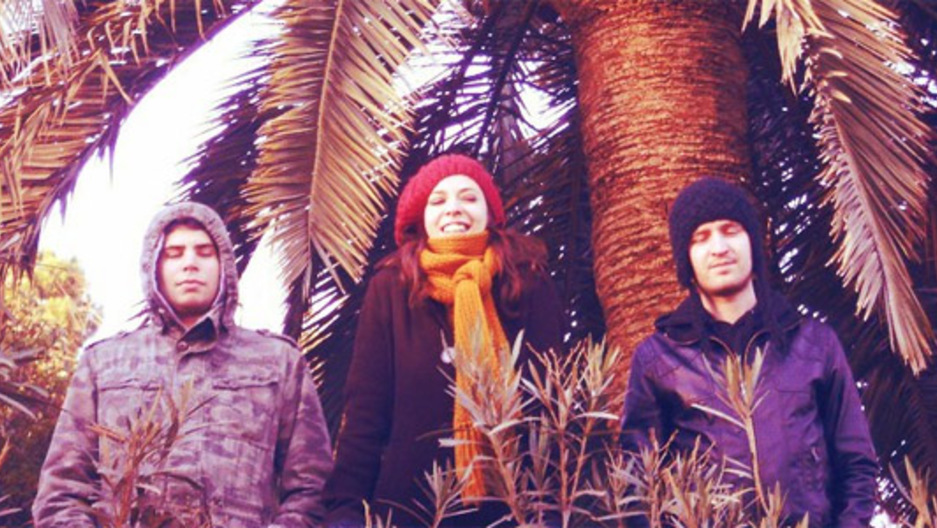 Share
Hungary isn't an obvious place to form a surf-pop band. It isn't just because the central European country is landlocked. Hungarians also aren't known as optimists. A European Union survey once found they were Europe's most pessimistic people. The Hungarian song "Szomoru Vasarnap" was famously covered by Billie Holiday in the 1940s as "Gloomy Sunday." And it was banned from BBC airwaves for years for being too morose. Zofi Nemeth, the lead singer of Hungarian surf-pop trio, the Summer Schatzies, admits that there are plenty of reasons to be down in Hungary. "If you're really thinking radical, you can say that Hungary is cheap, people are idiots, you have no future," Nemeth says. The Summer Schatzies formed this past summer and claim to be the country's first surf-pop band. Nemeth, the group's lead singer and main songwriter, says California represents something that eludes Hungary. "We see California from here as like … [a] perfect place. No one has problems. Only we have problems," she says. Nemeth says she was especially inspired by the Los Angeles surf-pop group Best Coast. "It's so silly but it's good," she says. The Summer Schatzies also includes bass player Adam Lang and drummer Zoltan Horvath. They all have bands that player moodier music. The lighter surf-pop music offers an escape. "It's like going on a spiritual holiday," Nemeth says. "Whenever I'm tired and frustrated, I go into rehearsal room with the guys, I always come out cheerful. All my sadness is gone." Romance plays an important role in their songs. But it has a Hungarian twist: it's romance of the tortured variety. Nemeth says most of the songs are about her on-again, off-again boyfriend. "We get apart and get back together because we cannot really get out of this circle. We always need each other. We are, like, hopeless," she says. It may help explain why the band's songs seem to be both fun and a little dark at the same time. "Hula Hoop" seems like an inherently fun song, since it's about a hula hoop. But there's also frustration in the lyrics, with lines like, "I've never seen a beach before – I want my hula hoop." Hungary does actually have a few beaches along its rivers and lakes, though they sometimes freeze in the winter. The Summer Schatzies so far have put out three EPs without the benefit of a real beach. They're planning to release their first album later this year. Meanwhile, by last check, Nemeth and her boyfriend were still together. "Lets hope we stay together until we die," Nemeth says.