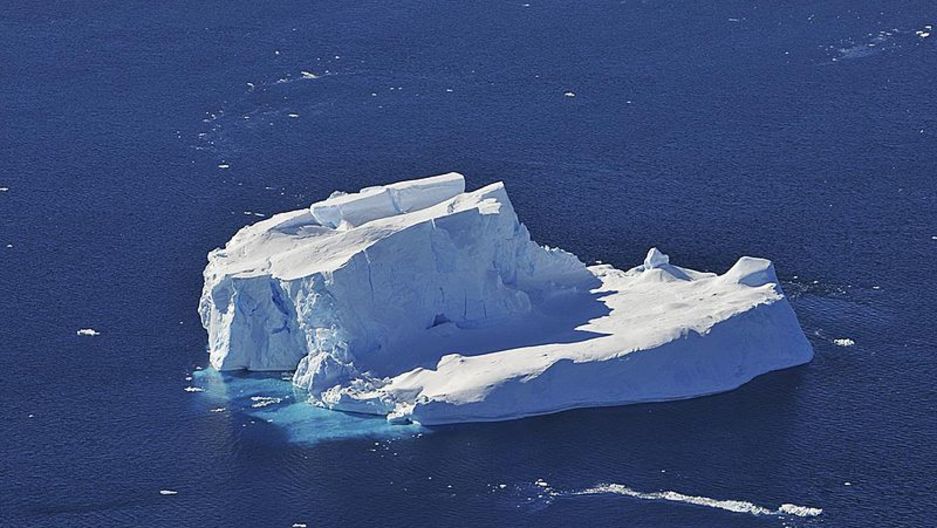 Long thought to be a last redoubt of cold in a warming world, new science now suggests that a key part of Antarctica is warming up fast. As Sam Eaton reports, the finding could help change the outlook for sea level rise this century.

Antarctica, with its miles-deep ice sheets, has long been seen as the frigid holdout on a rapidly warming planet. But a new analysis of temperature records on the Western edge of the continent challenges that notion, and says that the region is actually one of the most rapidly warming places on the planet.

In fact, says Andrew Monaghan, of the National Center for Atmospheric Research in Boulder, Colorado, West Antarctica is warming about twice as fast as what we had thought, and three times the global average.

Monaghan is a co-author of the study, published last month in the journal, "Nature Geosciences." He says a new analysis of temperature data in the region found that West Antarctica has warmed by roughly 2.3 degrees Celsius over the last 50 years, or about 4.5 degrees Fahrenheit.

Monaghan's co-author on the study, Ohio State University geographer David Bromwich, says the most alarming part of their findings is how much of that warming is occurring during the summer.

"That means it's easier to get the temperatures above the freezing point," Bromwich says. "And the place that it matters is on the floating ice shelves."

Bromwich says warmer ocean currents have already weakened those ice shelves, which are anchored to the shore of the continent. And if warming there causes the ice shelves to break up, the massive glaciers behind them would have a much speedier path to the sea. That's a big concern, because those glaciers hold enough ice to raise global sea levels 11 feet.

Bromwich says there's a strong precedent for such a rapid breakup of an entire Antarctic ice system caused by increased surface melting–the disintegration of the Larson B ice shelf east of the Antarctic Peninsula within a matter of days in 2002.

After the collapse of that ice shelf, the glaciers behind it sped up by a factor eight, putting much more water into the sea. Extreme climatic events like this are causing scientists to rethink future sea level projections.

University of Leeds climatologist Andrew Sheperd says there's a significant difference in the amount of ice that's being lost now as compared to 20 years ago.

Sheperd was a lead author on another new study, the most exhaustive assessment of polar ice melt to date, recently published in the journal "Science." It found that the ice sheets aren't melting in a gradual, linear fashion as many had predicted. The melting is actually speeding up.

Sheperd says the contribution of the ice sheets of Antarctica and Greenland to global sea level rise has gone up from roughly 10 percent in the 1990's to about 30 percent today.

"That starts to be something that people are certainly more concerned about now," Sheperd says.

And even more concerned about as we move into the future. Yet another new study, this one a survey of the world's top 26 glaciologists, found that the scientists believe they may have seriously underestimated the potential for catastrophic sea level rise in the coming decades.

The 2007 Intergovernmental Panel on Climate Change report projected less than two feet of sea level rise by the end of the century. But the glaciologists surveyed believe there's a small but significant chance sea levels could reach three feet or more by 2100.

That's a rise that would displace millions of people and jeopardize the future of cities from New York to Tokyo.

Still, despite all of this progress in understanding how fast polar ice is melting and how parts of Antarctica are responding to warming, the fate of Antarctic ice remains one of the greatest climate uncertainties.

University of Washington climate scientist Eric Steig says it's important to be clear what the new data can and can't tell us. "The confirmation that warming is happening rapidly in West Antarctica is not the same thing as projecting that it will happen in the future," Steig says.

Steig is credited with being one of the first to detect the warming trend in West Antarctica. But he says the climate system that governs the area is so complex that figuring out what's going to happen in the future is still anyone's guess.

"What's happening in West Antarctica is changes in atmospheric circulation, which are actually influenced by changes happening in the tropics, very far away," Steig says. "And projecting what happens in the tropics in the future is one of the well known big uncertainties in climate projections."

Throw in other influences like the hole in the ozone layer and the challenge becomes even more complex.

But Steig says while the current warming trend in West Antarctica doesn't make projections of future warming or sea level rise any more certain, it also doesn't give us any reason to worry less.

"It simply tells us that there's a lot of processes going on and the uncertainties are large."

Leaving the world with yet another big climate policy question mark–how much uncertainty about the future of our ice caps and our coasts are we willing to live with?