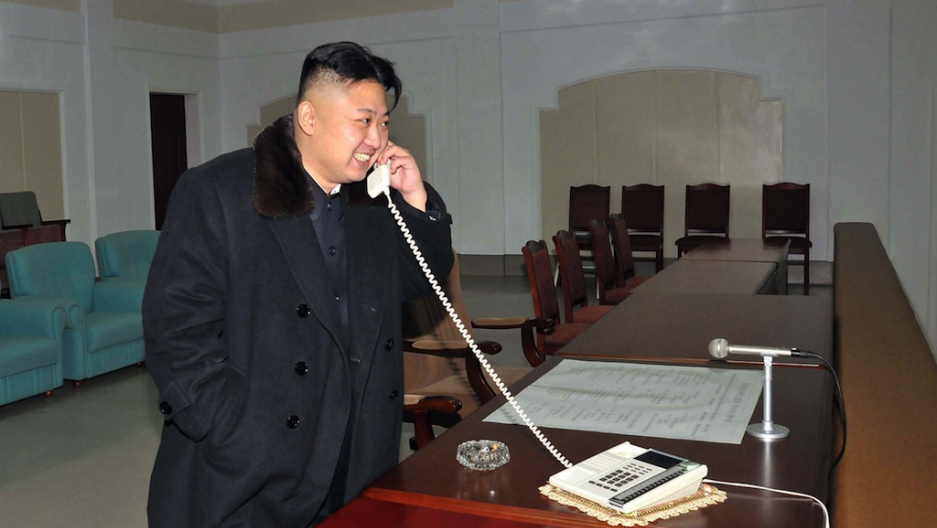 This picture taken by North Korea's official Korean Central News Agency (KCNA) on December 12, 2012 shows North Korean leader Kim Jong-Un celebrating the launch of the Unha-3 rocket, carrying the satellite Kwangmyongsong-3, at the general satellite control and command center in Pyongyang. Hundreds of thousands of North Korean soldiers and civilians rallied on December 14 in the centre of Pyongyang for a mass celebration of the country's long-range rocket launch, state television showed.
Credit: KNS via KCNA
Share

Kim Jong Un has vowed to take action against the United States for the recently-imposed UN sanctions against North Korea.

The North’s Korean Central News Agency (KCNA) reported Sunday that the reclusive state's leader made his claims at at meeting in Pyongyang on Saturday, just a week after North Korea announced it would test a nuclear missile, the New York Times reported.

“At the consultative meeting, Kim Jong-un expressed the firm resolution to take substantial and high-profile important state measures in view of the prevailing situation,” KCNA reported. “He advanced specific tasks to the officials concerned.”

North Korea will most likely be prepared to test a weapon in “a few weeks or less," according to analysis of recent satellite photos by the US-Korea Institute at Johns Hopkins School of Advanced International Studies, Bloomberg Businessweek reported.

It remains unknown if they have the capability to build nuclear warheads able to mount on a long-range missile, and US officials have stressed caution, saying that North Korea knows their nuclear sites are being monitored by the United States and they may try to deceive them, according to Bloomberg.

In contrast to his father Kim Jong Il, who tended to avoid confrontation with the outside world, Un's moves seem designed to prove that "he is a young yet powerful leader both domestically and internationally," Chin Hee-gwan, a North Korea expert at South Korea's Inje University, told the Associated Press.

North Korea has said the military threat from the US is the key reason behind its push to test nuclear weapons, the AP reported.