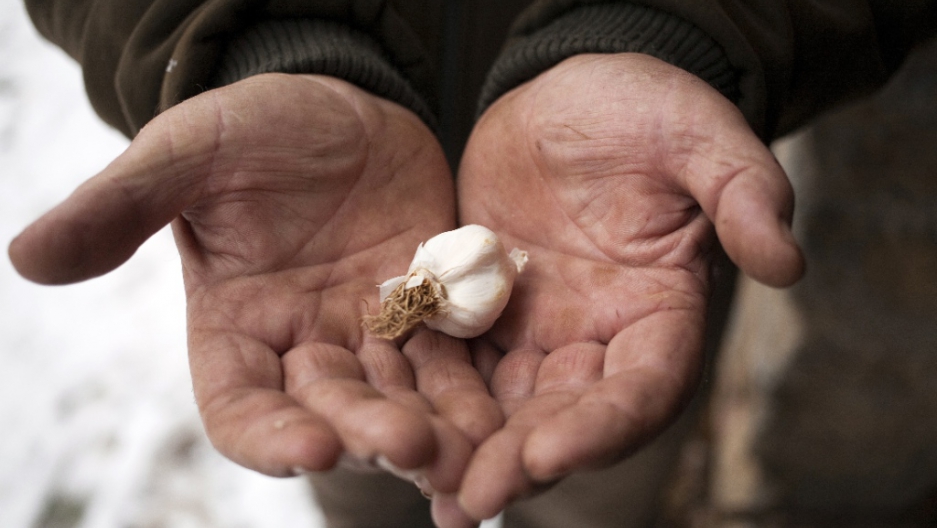 English garlic lovers today announced the world's first-ever garlic eating contest, to be held September 14 in the town of Dorset. Here, a Serbian villager holds a garlic clove on in the western Serbian village of Zarozje in December 2012.
Credit: Dalibor Danilovic
Share

How many cloves of garlic can one eat in five minutes? The world wants to know, according to organizers of the globe's first garlic eating-competition, reported BBC News.

Given garlic's wide culinary use and global fan base, it's kind of surprising this hasn't been done before. Organizers in England's southeastern town of Dorset therefore expect international attendance, said BBC.

Headlined as the first Annual World Garlic Eating Competition, competition leaders hope to sign up about 40 people for the contest, said BBC.

Meanwhile, organizers themselves are busy working on their garlic tolerance. One local garlic farm owner and competition organizer Mark Botwright told BBC: "I managed to eat just seven cloves over the course of an afternoon - really pathetic."

Presumably Botwright will get his game on in time for the September 14 event.