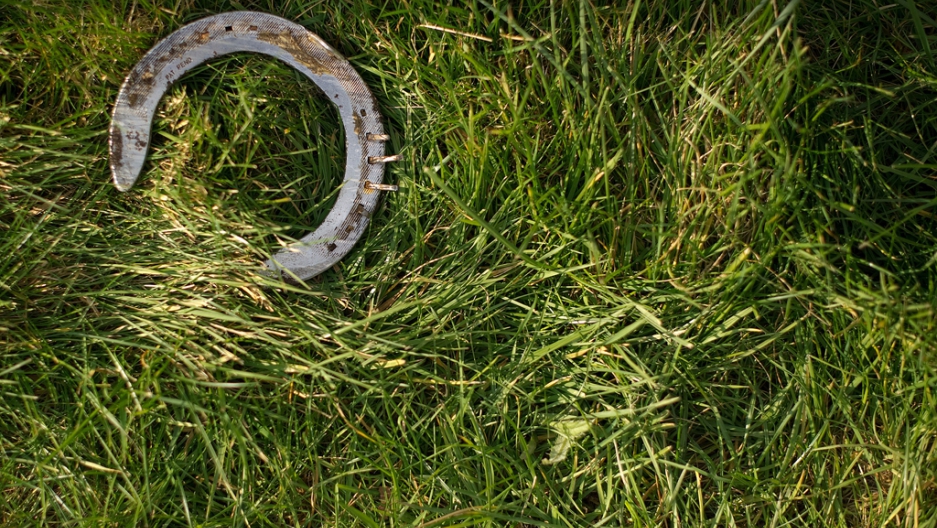 LONDON, UK — Outside the Tesco Extra supermarket in Neasden, a low-rent district toward the outer fringes of London, Samuel Okoro offers up a shopping bag for inspection.

"There you go: chicken nuggets, oven chips and frozen peas," the 29-year-old delivery driver lists off. "But no horse, as far as I know."

Okoro's broad grin and booming laugh indicates he, like several other customers emerging from the store into an afternoon flurry of fat snowflakes, has few qualms about equine ingredients creeping into his evening meal.

Indeed, for many in the UK, it's often been hard to see past the humor of a recent food scare caused by the detection of horse DNA in beef burgers sold across the country. Politicians, journalists and the general public seem to have swapped more jokes than concerns about the quality of food.

"It's an unbridled disaster," was one of the gags doing the rounds via the Twitter hashtag #horsepuns. "Horse meat in burgers? All part of a stable diet," was another.

But not everyone is laughing. Behind the punchlines is a major food scandal that has already cost the food retail industry millions of dollars in recalled produce and millions more in lost consumer confidence.

It has also generated new doubts about safeguards imposed on the supply and processing of animal carcasses following the emergence of so-called mad cow disease or BSE in the 1990s.

Given that the latest scandal involves lower quality meat, there are further concerns over whether this is an inevitable consequence of producers chasing dwindling profits in economic hard times.

Like most modern health scares involving food, it has quickly become an international problem. Just as the European E.coli outbreak of 2011 claimed victims across Europe and America, Britain's horse meat scandal has already mapped its way to Ireland and mainland Europe.

The problem first emerged earlier in January when the Food Safety Authority of Ireland handed over results of DNA tests it had carried out on burgers produced in Ireland for sale in the UK. Samples from 10 of 27 products sourced from three processing plants had tested positive for horse DNA. One sample is said to have contained 29 percent horse.

The response was a relatively faultless exercise in damage control. APB, the European food processing giant whose companies produced the tainted burgers, immediately shuttered one plant identified by Irish authorities.

It then recalled 10 million frozen burgers supplied to the UK market, forcing shelves to be cleared at Tesco, Britain’s dominant supermarket and the world’s third-largest retailer by revenue. Aldi and Lidl, stores catering to lower income households, also emptied their freezer cabinets.

Several other supermarkets followed suit as a precautionary measure. Fast food chains issued reassurances that their burgers were unaffected. Burger King, suspended its use of the APB suppliers and warned it could suffer a product shortage until an alternative was found.

Meanwhile, Tesco published full-page apologies in UK national newspapers. “We and our supplier have let you down,” it said, before posting an unfortunate horse tweet of its own.

The gesture wasn’t enough to stop Tesco shares tumbling by 1 percent, wiping $475 million off their value.

The hunt for the source of the horse meat has so far proved inconclusive. Irish and Dutch food safety authorities are investigating the possibility the contamination came from additives imported from a company in the Netherlands.

Traces of pork were also detected in some products — much to the horror of many UK customers whose religion strictly forbids the consumption of pig meat. This contamination was blamed on plants using the same machinery to process different animals.

As the horse jokes continued to come thick and fast (“why the long faces?” was another favorite), doubts were cast over official reassurances that the meat presented no risk to health, and questions were asked about why Britain’s own food safety body hadn’t detected the rogue DNA.

“Until we know what the source is of the horse or something derived from horse that has been found in the beef products, we can’t be sure there is no food safety risk," said Duncan Campbell, a scientist at West Yorkshire Analytical Services, one of the UK’s leading food control laboratories.

Without knowing where the DNA was coming from, he pointed out, it was impossible to know how safe that source was. That the contamination has gone undetected until now also points to worrying holes in checks imposed to guarantee the provenance of all meat sold for human consumption.

There has been finger pointing at the Food Standards Agency, an independent UK body set up in the wake of the BSE crisis and other outbreaks of foodborne illness to protect public health, and criticism over recent government decisions that have weakened its powers.

“There are more legs to this story, if you excuse the pun,” said Ben Bradshaw, a lawmaker with the opposition Labour party. “When I spoke to a representative of the Food Standards Agency they couldn’t give me a guarantee it wouldn’t happen again because they don’t do testing, we had to rely on the Irish.”

Another consequence of the DNA scandal has been to open the debate over the acceptability of eating horse meat. While rarely seen on British menus, horse is consumed in large quantities in France, where sales amounted to $238 million in 2005.

Several newspapers helpfully printed recipes featuring horse meat alongside articles arguing for and against equine edibility. There was also speculation that economic hard times could revive a taste for horse meat that was relatively common in the UK during wartime food rationing in the last century.

For some, however, the prospect of eating horse, knowingly or otherwise, remains abhorrent.

"I've bought burgers for my boys in the past, so I hope they’ve not had any of the dodgy ones,” said Tesco customer Niamh Curran, 44. “My grandfather looked after race horses for a living and he would have been horrified. I’m not taking any chances today — we’re having fish.”