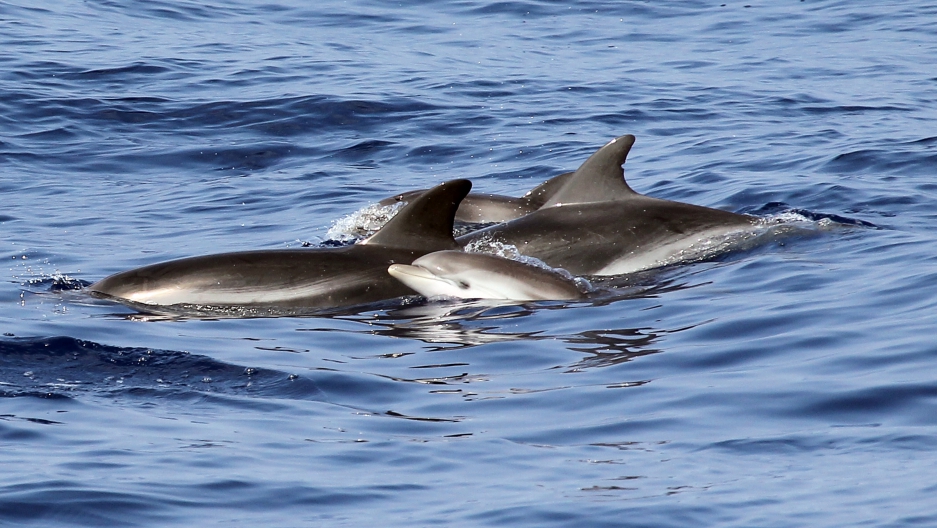 A deformed bottlenose dolphin was adopted by a group of friendly sperm whales near the Azores, scientists found.
Credit: Valery Hache
Share

A deformed and lonely dolphin was adopted by a group of sperm whales in the Atlantic.

Researchers in Germany studying the whales off the Azores, found the unlikely dolphin swimming with the whales.

Apparently the deformed dolphin had been rejected by its own kind and the sperm whales may have felt bad for it.

Sperm whales are not typically known to be open to other species, reported National Geographic News.

Researchers said the adult male bottlenose dolphin had a spinal curvature that made his back an "S" shape - rather inconvenient for swimming in a straight line.

Science Recorder said that a lack of natural predators in the region may rule out the dolphin's use of the whales as a means of protection.

Rather, the curved mammal have just not been able to catch up with his own kind while swimming.

The whales could offer a more comfortable pace.

"When some time afterwards we saw the same dolphin still interacting with the same or other sperm whales, we thought there must be some underlying mechanism...beyond the animals simply being in the same place at the same time."

Bottlenose dolphins have been known to bother and harass the whales and their offspring.

More from GlobalPost: Baby elephant rescued from a well by villagers in India (VIDEO)