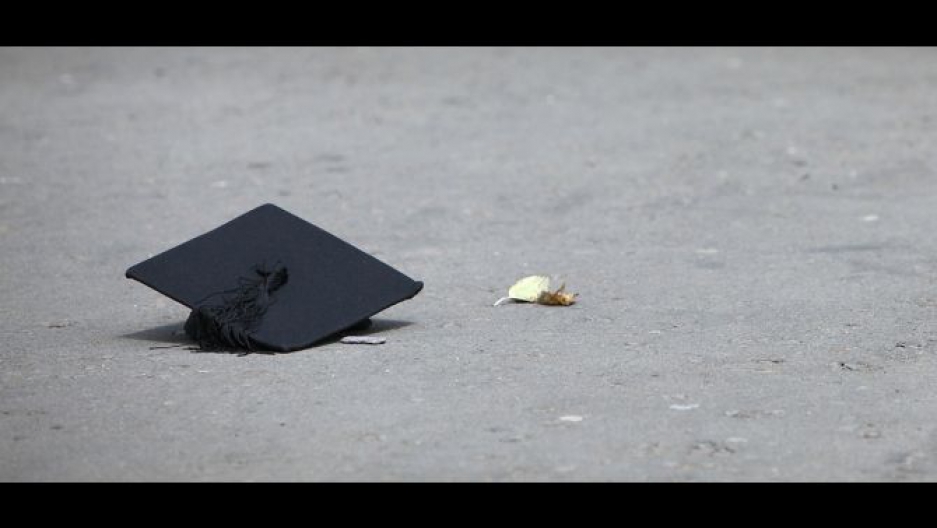 ABUJA, Nigeria — West Africa may be awash in Islamic militant groups these days. But there’s always room for one more, right?

Ansaru introduced itself to the Nigerian public through YouTube late last year, taking credit for kidnappings, a jailbreak and most recently an attack on a military convoy that left two soldiers dead.

It’s the newest incarnation of Al Qaeda-styled groups in a region that is quickly becoming the new front line on the war on terror.

Islamic militancy in North and West Africa exploded as a global issue after an international consortium of terrorists took hostage gas workers in Algeria earlier this month, and France launched an invasion of Mali, where Islamic extremists had taken control of large parts of the country’s north.

The rise in Islamic militancy in Africa then took on added importance in the United States when Secretary of State Hillary Clinton this week repeatedly mentioned places like Mali and Algeria in testimony to Congress.

Most of Africa’s terror groups are homegrown, inspired by corrupt and ineffective governments, incessant poverty and meddling by international governments and corporations.

But despite these local roots, more and more African terror groups are looking beyond domestic borders.

In recent years, foreign extremists have arrived in greater numbers, bringing with them expertise and weapons. And just as the famed Al Qaeda has set a global agenda, many of Africa’s localized militant organizations are now also embracing cross-border strategies.

Ansaru is the latest addition to this growing consortium. Unlike Nigeria’s Boko Haram, another Nigerian group that’s embraced an Al Qaeda-like ideology— and which is blamed for more than 1,500 deaths since 2010 — Ansaru has publicly stated its ambitions to attack beyond the borders of Nigeria.

In a statement printed in a local newspaper Sunday, the group threatened any African country sending soldiers to help the French-led assault in Mali.

“We are equipped and waiting for any slightest attempt of [the] Nigerian army, moving towards the Islamic empire of Mali,” the statement read. “We are warning the African countries to confiscate their effort for helping Western countries in fighting against Islam.”

Analysts in Abuja, the Nigerian capital, said that while Ansaru’s goals are in line with larger and more established regional terror groups, like Al Qaeda in the Islamic Maghreb, they have so far only attacked targets inside Nigeria.

“They appear to be international in scope and Nigerian in character,” Abubakar Umar Kari, a senior lecturer at the University of Abuja, told GlobalPost.

As a terrorist group, Ansaru is quickly building its credibility. It kidnapped a French national last month and engineered a prison break in November — a move that won praise from Boko Haram.

“Their daring suggests the people are well trained and have had the opportunity of foreign training,” Kari said about Ansaru.

On YouTube, Ansaru distinguishes itself from Boko Haram by posting some of its grievances in English. After the November jailbreak, Ansaru posted a video claiming to have “rescued” 323 prisoners who they said were confined to a space fit for 50 people. In the video, an unidentified member of Ansaru said the prison had “a total absence of water” and was overrun with termites.

Ansaru, which is short for its Arabic name that means, “Vanguard for the Protection of Muslims in Black Africa," is believed to have splintered off from Boko Haram after coordinated bombings in January 2012 left nearly 200 dead in the northern city of Kano.

After the slaughter, a written statement signed by Abu Usamata Al’Ansari, who claims to be the leader of the group, called Boko Haram’s actions inhuman, according to New York-based Sahara Reporters.

The statement promised to “restore dignity” to African Muslims and the Sokoto Caliphate, an ancient Islamic kingdom that once spanned modern day Burkina Faso, Cameroon and most of northern Nigeria.

“The ideology has a viral character,” said Hussaini Abdu, director of ActionAid, an anti-poverty organization. “It will spread if you don’t hit it strategically.”

Experts say there is little hope the Nigerian military will be able to effectively stop the growth of groups like Ansaru. It is deployed on several peacekeeping missions in other African countries and is fighting a haphazard battle against Boko Haram in Nigeria’s north. At the same time, in the south, it is struggling to prevent oil theft, kidnappings and piracy.

Now with 1,200 soldiers on their way to Mali, Nigerian security forces are vastly overstretched.

“The military is overwhelmed by insecurity,” Abdu said. “Currently there is the highest level of military deployment since the Civil War.” Nigeria fought a civil war in the 1960s that killed between 1 and 3 million people in three years.

At a conference commemorating the birth of Martin Luther King Jr. in the northern city of Kaduna on Monday, US Ambassador to Nigeria Terence P. McCulley echoed the sentiment, saying the United States supports the Nigerian government’s socio-economic plan to “transform Nigeria.”

The ambassador also urged Nigeria to step up coordination efforts in its security response, advising the government to learn from US mistakes on Sept. 11, 2001.

At the conference, reporters asked what concrete steps the United States is taking to help solve Nigeria’s security problems. The ambassador replied, “Let me put it to you, what are Nigerians doing to solve the problem in northern Nigeria?”

The crowd laughed and a few applauded.

Many Nigerians blame their own government for the security crises. Henry Chukwu, a 27-year-old taxi driver and college hopeful said he pities militants in Nigeria. Behind the masks he sees Nigeria’s youth, angry at a corrupt system that never gives the little guy a break.

Naturally, he also fears groups who “kill people like rabbits.” But he doesn’t blame the foot soldiers.

“I don’t attack anyone,” he said as he beat his horn with the back of his wrist, urging the car in front of him to move at the green light. “But I am angry because things are not moving fine. Things are totally off.”