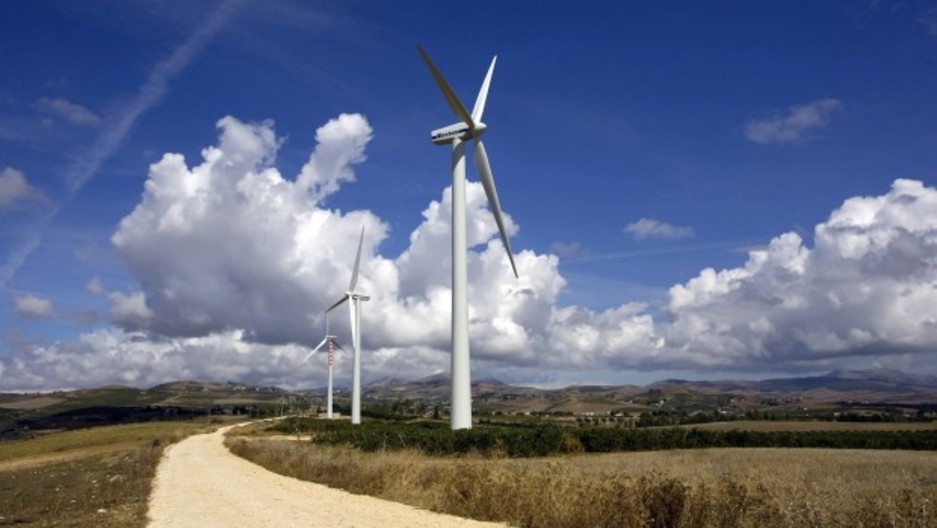 Wind generators are seen on a farm in the countryside near the Sicilian town of Trapani, southern Italy, September 29, 2009. Italy's wind power capacity will expand 28 percent in 2009 as forecast, but could dip below its 2010 target due to project financing delays stemming from the financial crisis, a senior industry official said on Wednesday. Picture taken September 29. REUTERS/Giuseppe Piazza (ITALY ENERGY ENVIRONMENT)

Share
Imagine Tony Soprano getting a piece of the renewables business. Well, that's what's happening in Sicily. A multi-year investigation and sting operation there has revealed deep infiltration into the wind and solar sector by Italy's crime families. Marco Werman speaks with Anthony Faiola of The Washington Post who's been following the story.