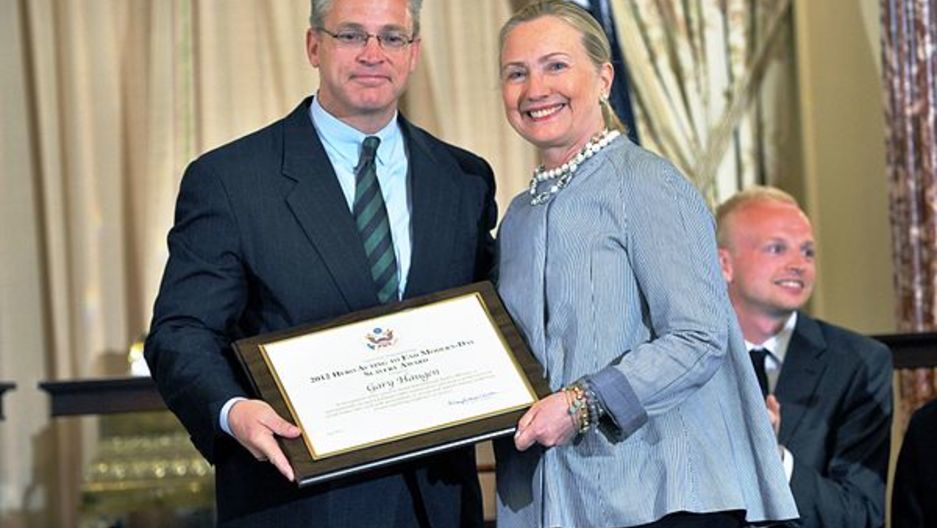 Ending the ongoing and often unnoticed problem of modern slavery has become a top priority of key U.S. government officials.

According to the State Department's 2012 Trafficking in Persons Report, 27 million people around the world are victims of modern slavery, also referred to as human trafficking.

Alison Kiehl Friedman, deputy director for the federal Office to Monitor and Combat Trafficking in Persons, says President Barack Obama has made combating human trafficking a top priority. But tracking the business is difficult in the United States.

"Trafficking is first and foremost a crime,” she said. “The president recognizes that not only is this a crime where the government has a primary responsibility to prosecute traffickers and provide services to those survivors of trafficking, but it's also, as he said, one of the greatest human rights causes of our time.”

The reality is, as much as we prioritize trafficking, it remains a hidden crime spread across the country, Friedman said.

We either see trafficking taking place or we can’t identify when it’s happening next door or on the street.

“Most of society understands that children can't consent to sex,” Friedman said. “But as soon as money starts changing hands, children are often viewed as the criminals rather than the victims of this crime, and (are) overlooked by police.”

Though the federal government and local officials are committed to ending modern slavery, Friedman said, the first contact many victims have with a government official won’t be with an FBI agent.

Most likely it will be with a beat cop, healthcare official or school teacher, Friedman says.

This past year marked the first time a cabinet meeting was held at the White House exclusively regarding the issue of human trafficking.

"I work for an office who's well integrated within the State Department about making sure that in all of our diplomatic engagements, we're raising the issue of trafficking persons,” Friedman said.

Given our history with slavery, human trafficking is an issue that’s deeply personal to the United States.

“It's also something that's intrinsically connected to our security, our economic and our human rights priorities around the world,” Friedman said.

Part of the story we hear all over the world from human trafficking victims, Friedman says, is traffickers’ prey on hope and frequently control people by controlling their identity documents.

"We have worked very hard within the State Department and partnering with nonprofit organizations to make sure that everybody who comes into this country on a visa gets a pamphlet that explains to them their rights, including their ability to control their documents,” she said

Human trafficking is a difficult crime to combat, because it’s hidden.

“Making sure that more people know and know what to do, is the best way that we can start connecting with victims of human trafficking,” she said.