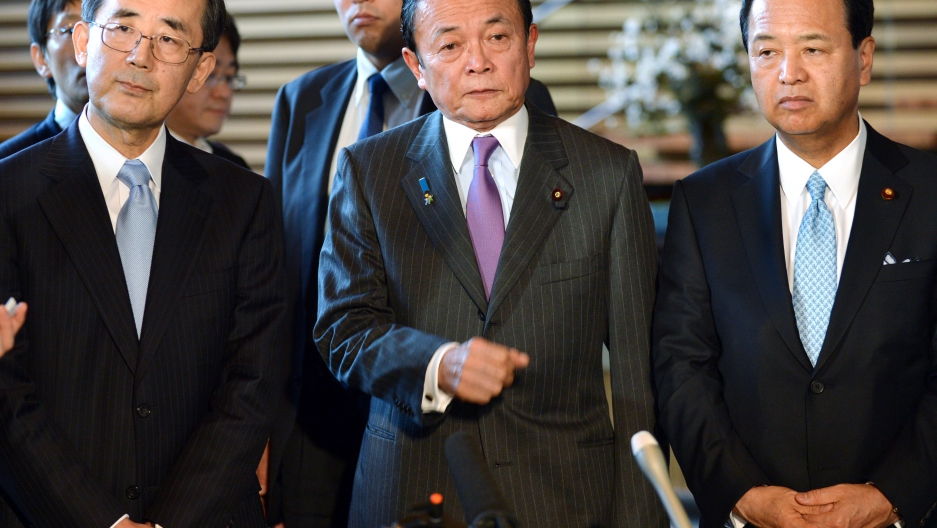 Japan's deputy prime minister, Taro Aso, has been forced to apologize after suggesting that old people should "hurry up and die" to save the state the cost of providing them with medical care.

According to the London Telegraph, Aso, 72, told a meeting of the National Council on Social Security Reforms on Monday that patients with serious illnesses — whom he referred to as "tube persons" — should be "allowed to die quickly" rather than spend "tens of millions" a month to treat each one.

"Heaven forbid I should be kept alive if I want to die," he said. "You cannot sleep well when you think it's all paid by the government. This won't be solved unless you let them hurry up and die."

According to Britain's Mirror, Aso said he had written to his family telling them to deny him life-prolonging treatment.

Aso has since admitted that some of his remarks were "inappropriate".

The Wall Street Journal quoted Aso as saying at a press conference on Monday:

"I wasn’t commenting on how terminal medical care should be... I expressed my personal views, and it was clear that it wasn’t a general statement.”

The WSJ points out that Aso's comments could hurt his government politically in a country where roughly one in four Japanese is 65 years old or older.

Japan — the world’s tenth most populous nation — has become one of the its fastest aging societies, Reuters wrote, a situation that impacts heavily on the country's social and medical services.

However, Aso is well known for making gaffes — particularly during his stint as prime minister in 2009, when he told university students that young people should not get married because they were too poor and therefore not worthy of respect.

He has also previously declared that believers should learn from Japan's work ethic:

"To work is good. That is a completely different way of thinking to the Old Testament."