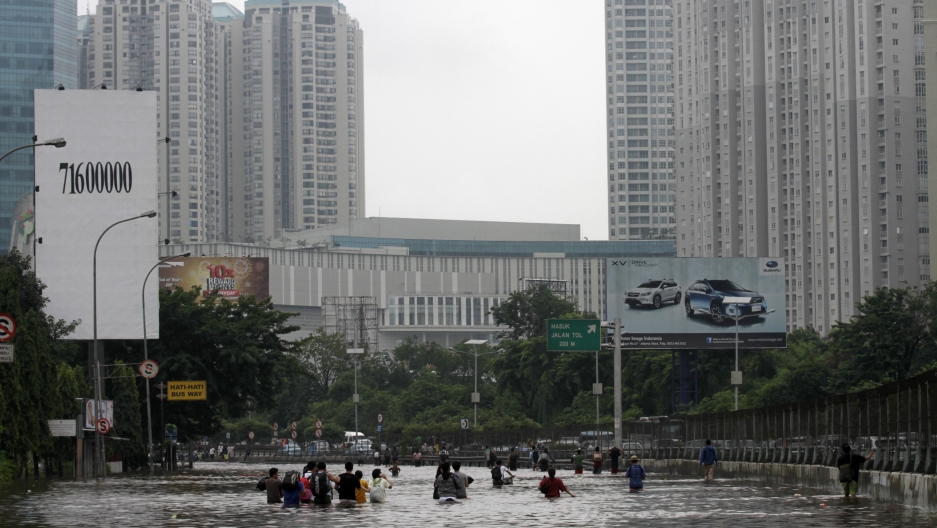 A week of severe flooding in Jakarta is beginning to subside and refugees are starting to return to damaged homes and businesses.

At least 20 people died in the flood and 46,000 became homeless. More rain is forecast this weekend.

At its peak on Jan. 17, the water in some areas reached above six feet. Public transportation and traffic came to a halt forcing businesses to shut down.

“At the time, the water reached some places that previously were never (flooded), such as the presidential palace and the main road of Jakarta in Sudirman-Thamrin,” said Wahyu Dhyatmika, managing editor of the online news portal Tempo.co. “Even the city landmark (the Hotel Indonesia's roundabout) became a large pond of dark brown water.”

Environmental journalist Harry Surjadi painted a grim picture in an email on Friday.

“I can say that Jakarta has collapsed,” he said. “The rain has stopped at night but I can see that a grey cloud is covering Jakarta.” 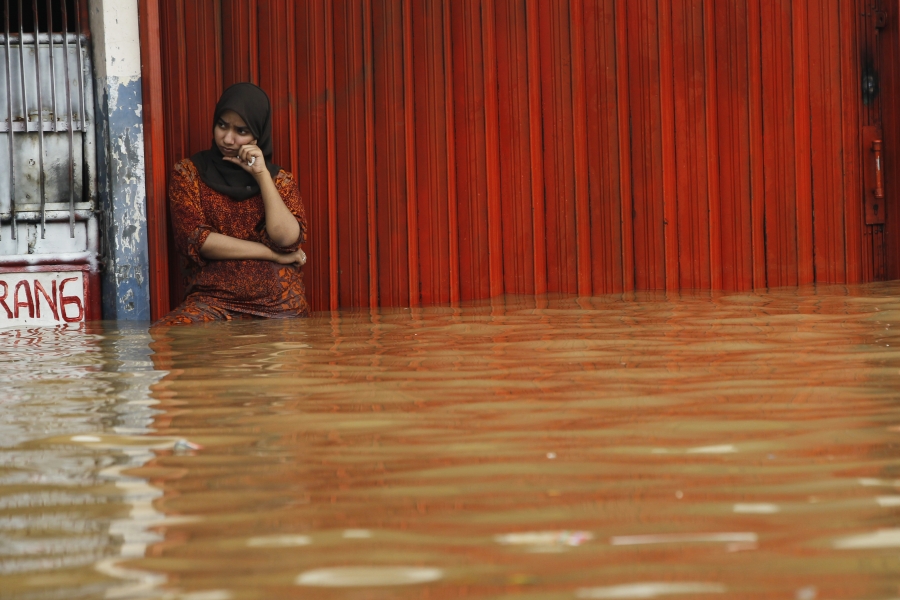 A woman stands in flood waters in front of her shop in Jakarta Jan. 16, 2013. Floods inundated several areas of Jakarta due to the overflow of the Ciliwung River.

Maintenance of channels meant to drain water away from the city has been a problem, Dhyatmika said. The city does not have a large enough drainage system for heavy rains and areas upstream have been overdeveloped, Surjadi added.

“The root of the problem is that Jakarta has been built without any comprehensive and integrated plan,” Surjadi explained.

Dhyatmika said the area of the source of Jakarta’s rivers — Puncak, in West Java  — has become popular with tourists from the city and is filled with hotels and villas.

“To make rooms for these buildings, they have to cut the forest,” Dhyatmika said. “Eventually, the loss of this important vegetation made the Puncak area incapable of holding rainwater that is coming down heavily these days. All this waters eventually reaches Jakarta and drowns it.”

In addition to unusually heavy rain over a long period of time, “the flood this time not only affected poor people who live near the Ciliwung river, but almost everybody,” Surjadi said.

Politically, the floods are also being seen differently this year. Joko Widodo became the governor of Jakarta just three months ago and promised to help alleviate the capital’s recurring flood problem. Usually, said Surjadi, the governor is criticized heavily for these kinds of disasters.

But, this time, it appears that many people are viewing the urban flooding as a collective problem for society.