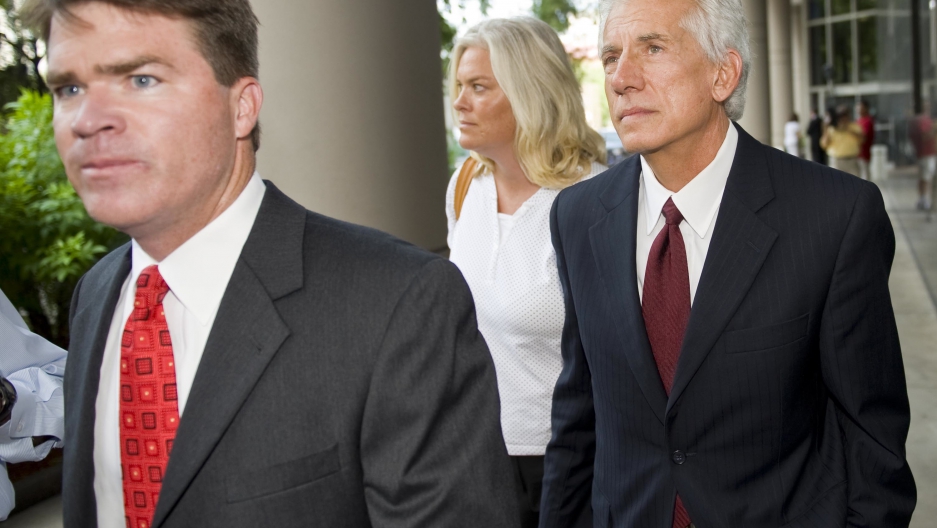 Davis convinced the court to go easy on him after pleading guilty to helping Texas tycoon R. Allen Stanford swindle money from some 20,000 investors over 20 years, then serving as the star prosecution witness in the trial against Stanford, Bloomberg News reported.

Davis supplied evidence and testimony that helped convict Stanford in March 2012, Bloomberg News reported. Stanford was sentenced to 110 years in prison for his crimes.

More from GlobalPost: Stanford sentenced to 110 years for $7 billion fraud

Prosecutors say Stanford persuaded investors to buy certificates of deposit from his Caribbean bank, then used that money to bankroll a string of failed businesses and his own lavish lifestyle, including a fleet of private jets and yachts.

“To characterize Mr. Davis’s cooperation efforts and assistance to the government as ‘extraordinary’ is an understatement,” David Finn, Davis’s lawyer, said in a memo requesting a shorter sentence for his client, Bloomberg News reported.

"I am ashamed and I'm embarrassed," Davis said at the sentencing hearing in Houston, the AP reported. "I've perverted what was right, and I hurt thousands of investors.”