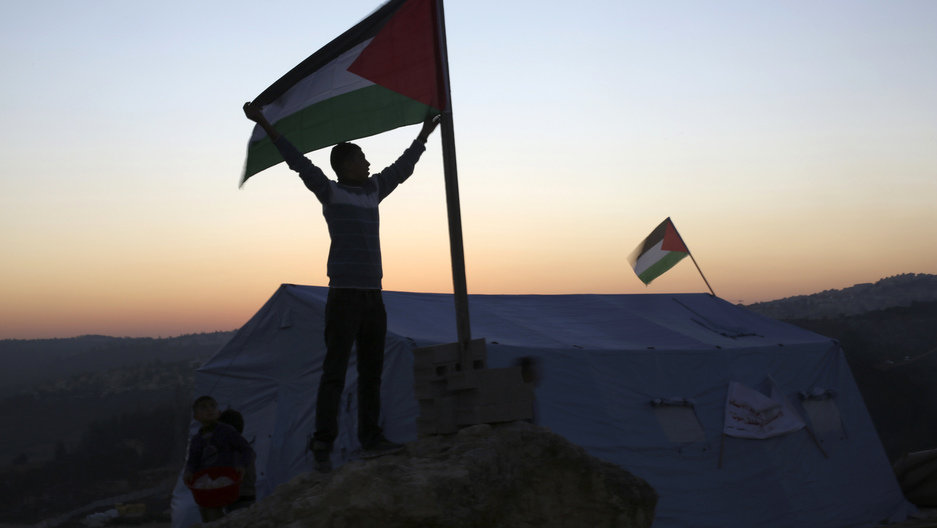 An activist holds a Palestinian flag placed near a newly-erected tent in the West Bank village of Beit Iksa, between Ramallah and Jerusalem January 20, 2013. Palestinians pitched tents in an area of the West Bank as a protest against an Israeli barrier they said would cut villagers off from their lands. The tents were erected on Friday in the Palestinian village of Beit Iksa, north of Jerusalem. REUTERS/Mohamad Torokman (WEST BANK - Tags: POLITICS)

Share
Rami Khouri, a columnist for The Daily Star newspaper in Beirut, says Israel's neighbors are worried that Israeli election results will do little to bring stability to a deeply troubled region. Khouri says the prospect for a two state solution to the Israeli-Palestinian conflict "probably has died." And he's worried about the lack of analysis of internal Israeli politics. "Nobody bothers really anymore in the Arab world to analyze what's going on inside Israel or inside Washington. And this is really worrying because what it means is people are going to possibly look at other options," Khouri says. "And one of the other options that we've witnessed in the past 30 years is the rise of Hezbollah, and the rise of Hamas, and closer ties to the Iranians. And this only creates greater tensions and portends bad days ahead, potentially."