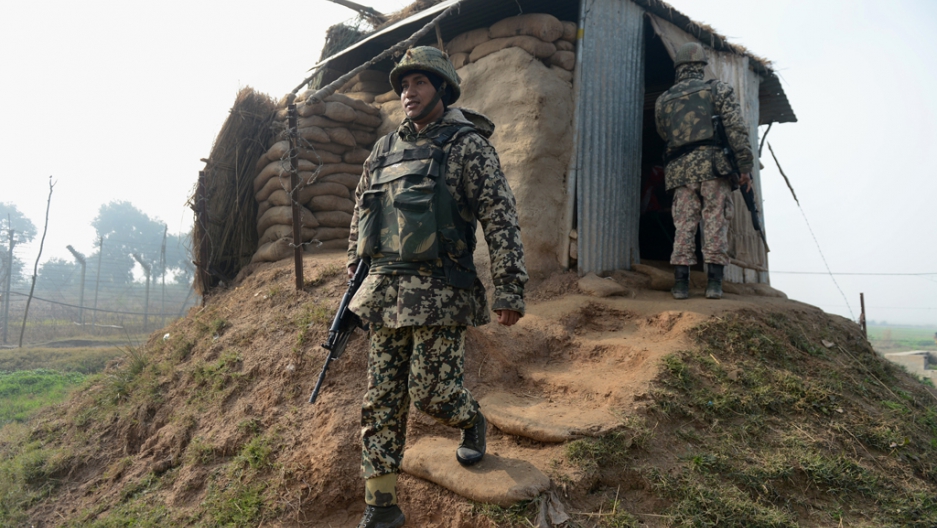 Following a series of skirmishes between Pakistan and India over the line of control in Kashmir, officials in Indian-controlled Kashmir are telling residents to prepare for a possible nuclear attack, the Associated Press reported today.

The directive was published on Monday in a major local newspaper, and explained how people should stay safe after nuclear weapons are unleashed. It advised people to build toilet-equipped basements or to construct bunkers in their front yards. Residents should also stock their shelters with candles, battery-operated lights, radios, and non perishable foods, the newspaper said, according to AP.

The inspector general at the Civil Defense and State Disaster Response Force told AP that the notice in the newspaper was a "normal exercise." However, tensions between India and Pakista are so high that villagers living by the border on the Pakistan side of Kashmir are rebuilding bunkers without having received any notices.

"If the officials' claim that these advisories are routine were indeed true, presumably every resident of Indian-administered Kashmir would already be the proud owner of a nice, comfortable fallout shelter," Overdorf said.

"That said, I wouldn't hold my breath, waiting for the bombs to start falling. This has the whiff of the ludicrous about it — and is most likely part of a local effort to further discredit Pakistan with people who hold no great love for those many consider their Indian occupiers," he said.

According to the AP, many of them had bunkers before 2005, when a large earthquake destroyed their shelters. Now, they're being forced to rebuild these structures.

Both India and Pakistan claim rights over Kashmir, a Himalayan region that's divided by the two nations. A cease-fire along the border, known as the line of control, has existed since 2003. Though low-level shelling has existed on both sides of the border, tensions have been escalating.

In the days that followed, political rhetoric from both sides intensified. India's prime minister used especially harsh words while chiding Pakistan, saying the treatment of the Indian solider was "inhuman."

Since a truce was called last Wednesday, the countries have enjoyed relative calm.