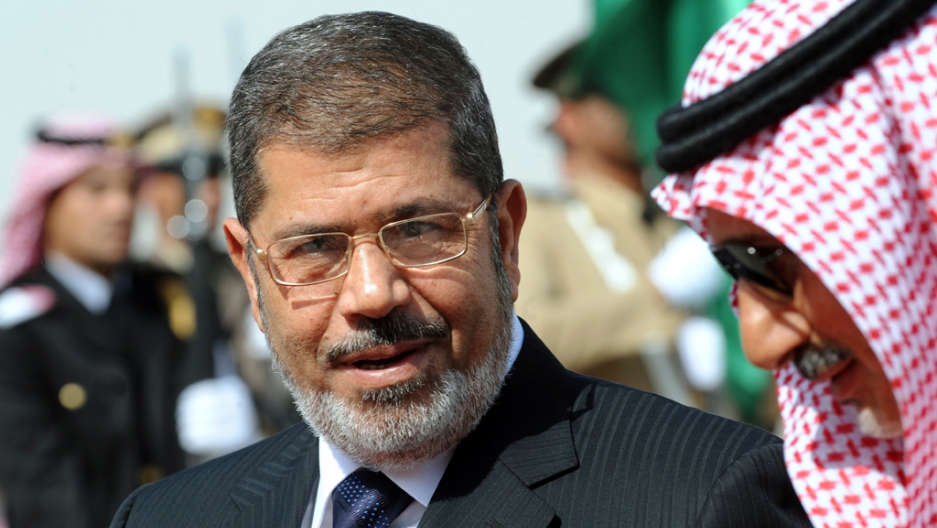 CAIRO, Egypt — Egyptian President Mohamed Morsi voiced his opposition to France's intervention in Mali, while speaking at an Arab economic summit in Saudi Arabia on Monday.

"We do not accept at all the military intervention in Mali because it will fuel conflict in the region," said Morsi, according to France 24.

Morsi said he had hoped for a more "peaceful and developmental" approach to the Mali conflict.

France 24 noted that the comments made by Morsi, a member of the Muslim Brotherhood movement, could sour relations with France ahead of the Egyptian president's visit to Paris on Feb. 1.

Morsi’s comments on Mali — where he breaks ranks with the international community to oppose intervention against Islamist militants — are the result of two key cornerstones of the Egyptian leader’s foreign and domestic policies, explains GlobalPost's Erin Cunningham in Cairo.

On the home front, Morsi is likely seeking to placate the ultra-conservative Islamists who protested outside the French embassy in Cairo last week, and whose political support he needs ahead of parliamentary elections later this year, she said.

Amid a widening rift between the government and secular liberal forces, Morsi is increasingly reliant on hardline political Islamists for support.

"Coming down on the side of a European military power against an 'Islamist' regime — however brutal — could put him at risk of losing this political base," Cunningham said.

In terms of foreign policy, Morsi from the start made clear he would pursue a so-called independent course — or at least one that strayed from the policy of his predecessor, Hosni Mubarak.

Morsi wants to emphasize his independence from Western policies in the region, particularly one of military intervention, with the Iraq War still fresh in the minds of the Muslim world.

“There is a problem with the counterterrorism tactics deployed by the Western forces, like France’s invasion of Mali,” Safwat Al Zayat, former brigadier-general in the Egyptian armed forces, told GlobalPost. “It’s infuriating to Islamists, especially since there is nothing being done in Syria, where they feel Western influence is actually necessary."

Morsi also declared his support for Algeria in the aftermath of the hostage crisis that left 37 workers dead, according to the Associated Press. Islamist militants kidnapped hundreds at a gas complex in eastern Algeria last week.

The militants who carried out the kidnapping claimed that it was in retaliation for France's intervention in Mali.

More on GlobalPost: US begins transporting French troops to Mali