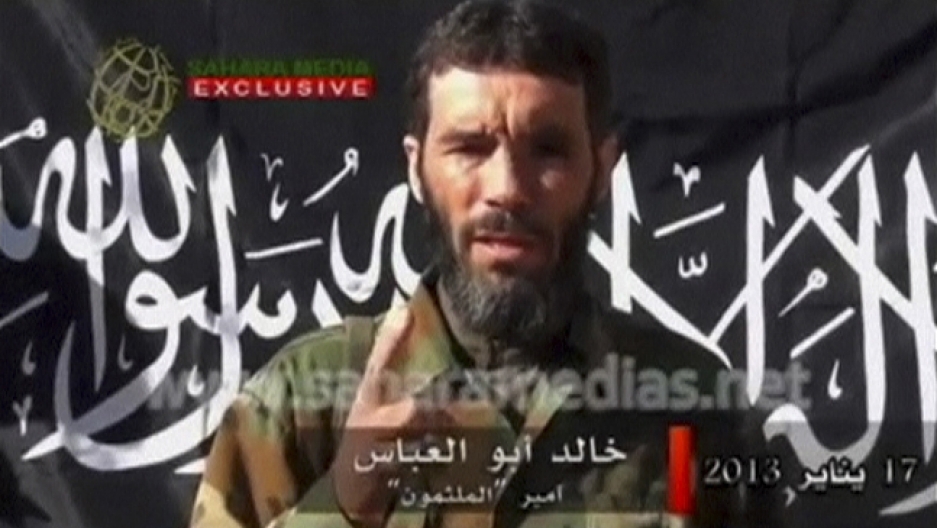 Veteran jihadist Mokhtar Belmokhtar speaks in this undated still image taken from a video released by Sahara Media on January 21, 2013. Belmokhtar has claimed responsibility in the name of al Qaeda for the Algerian hostage-taking, and his Mulathameen Brigade warned it would carry out further attacks on foreign interests unless the fighting in Mali stopped Mauritanian news website Sahara Media said on January 20. REUTERS/Sahara Media via Reuters TV (ALGERIA - Tags: CIVIL UNREST CONFLICT TPX IMAGES OF THE DAY)

Share
The Algerian hostage crisis ended over the weekend and the loss of life was greater than many had expected. At least 37 foreign hostages died including three Americans. It appears as if the mastermind behind the attack is a one-eyed Algerian militant named Mokhtar Belmokhtar. He has been called "Mr. Marlboro" for the cigarette-smuggling ring he operates in the desert region of West Africa known as the Sahel. Belmokhtar claimed in a video posted on the internet that the attack on the gas plant was in response to the recent French intervention in Mali, but Algerian Prime Minister Abdelmalek Sallel asserts that plans for the attack were hatched months ago. Geoff Porter, the founder and director of North Africa Risk Consulting, talks to anchor Marco Werman about Belmokhtar's background and why his motives may not be so clear cut.